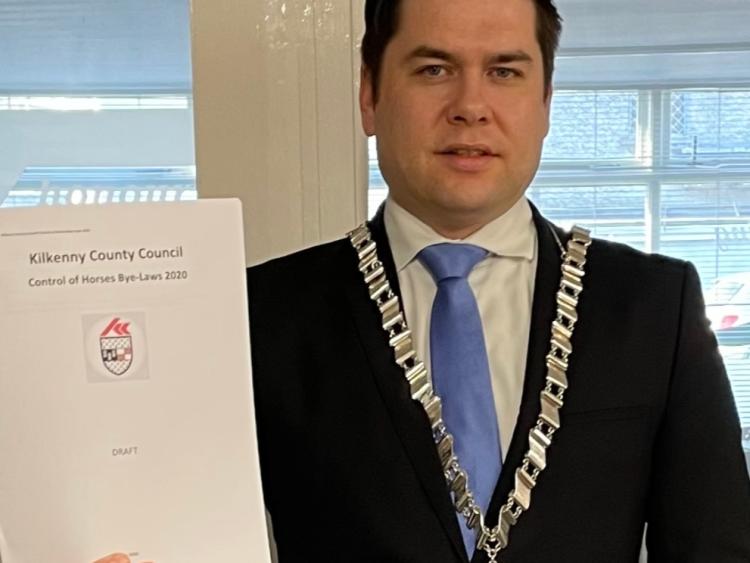 Horse-free zones expected to be formally approved at next month's meeting of Kilkenny County Council don't go far enough according to the Cathaoirleach Andrew McGuinness.
Byelaws banning horses from a list of city centre streets will be put forward for approval by members. This follows a proposal by Cathaoirleach Andrew McGuinness in response to ongoing issues of animal cruelty involving horses.
A total of 26 streets are on the list that was since created by Kilkenny County Council in consultation with Kilkenny Gardai. The new law will prohibit a person from having, keeping, riding or driving a horse in the listed areas at all times and declares the streets to be exclusion areas.
Welcoming the progress, now in its final stages, Cathaoirleach Andrew McGuinness said that while the new laws are welcome they do not go far enough.
“I’m delighted to see that we are now at the final stages of implementing a new law that will be another step towards dealing with the ongoing abuse of horses that we have all seen on our streets and public roads.
“While I’m happy to see that my proposal is being acted on, I’m disappointed that it is not going far enough.
“My original proposal was to include the whole county and I specified problematic areas such as the Hebron Road, Ring Road and the Linear Park. These areas are not yet included, and they should be. I accept that this is the first time a law like this has been put forward and I’m hopeful that this is only the start and we can build on this and add more areas to the list once we get through this initial phase,” he said.
These new laws are in addition to existing laws also put forward by Councillor McGuinness including the ban on sulky racing and measures within the Control of Horses Act that make it a legal requirement for owners to provide food and water for horses at all times along with evidence of lease agreements for lands used for horses not in the owners name. It is also a requirement for owners to have a license for their horse unless they can provide one acre of equine registered land per horse.
“As local politicians we are responding to a horrific issue by creating the necessary laws to deal with it. That is why I put forward numerous proposals including the ban on sulky racing in 2015, the creation of horse free zones that we are dealing with now and also, when I was chairman of the housing committee we included a ban on horses at local authority houses in our tenancy contracts.
“While we are creating these laws, it will now be the responsibility of the gardai to enforce them. That is not an easy task and I want to thank the gardai for their ongoing work on this and for taking a pro active approach to help get the issue under control.
“I firmly believe that if we continue this multi-agency approach, we will get the issues of animal cruelty under control. The message is loud and clear – we will not tolerate animal cruelty in Kilkenny, and I will continue to do everything I can as a public representative to put an end to it,” concluded Cllr McGuinness.
If agreed by council members at the February, horses will not legally be allowed on these streets without valid reason specified as follows –

- An authorised person under the Act or a member of An Garda Síochána acting in the course of his or her duty.

- A person accepting, detaining or disposing of a horse under an arrangement with the Council or a Superintendent of An Garda Síochána.

- The transportation of a horse by vehicle through the area.

- The keeping of a horse in the area by a veterinary surgeon for the purpose of receiving veterinary attention.

- The bringing of a horse into the area for the purpose of participating in events that are authorised by the Council or An Garda Síochána.