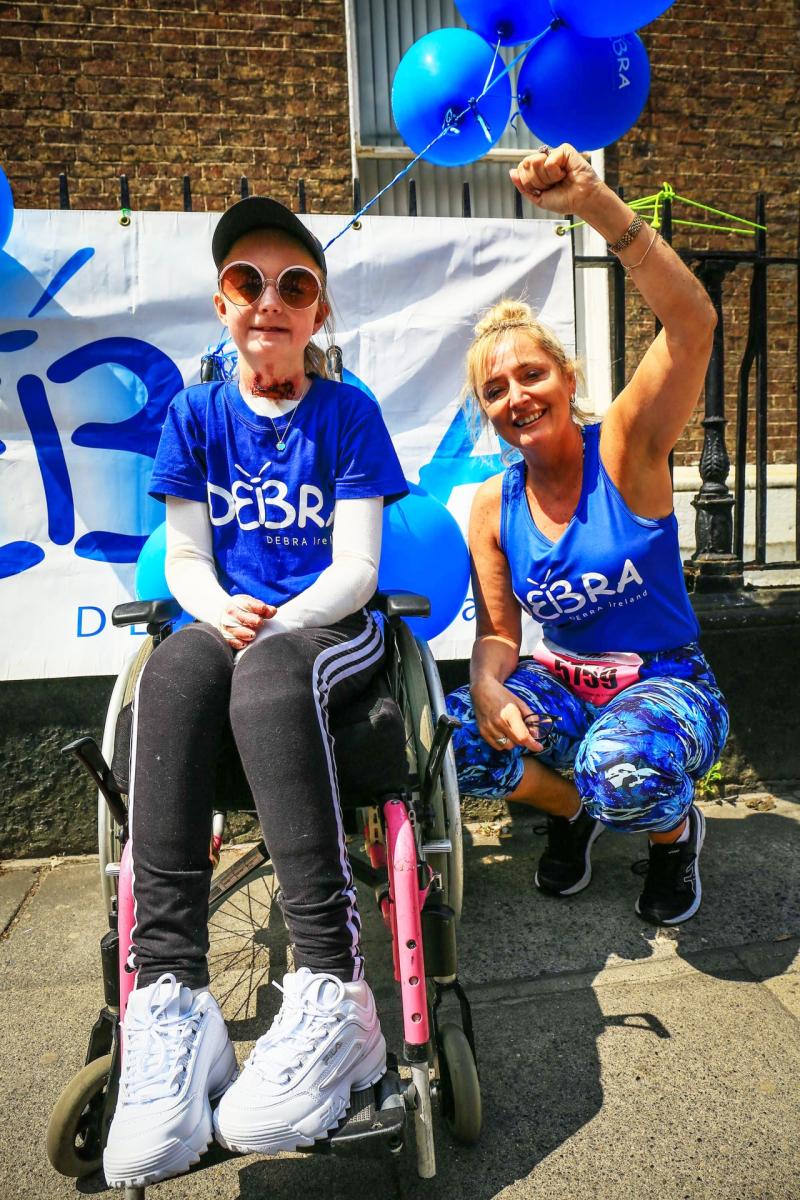 Liz Collins, mum and primary carer of Claudia, who has EB, a debilitating skin condition.

The estimated 10,000 family carers in Kilkenny need to be included in Covid vaccine priority lists, campaigners have insisted.

Liz Collins is the mum and primary carer of a teenager with a debilitating skin condition whose worst nightmare came true when she and her husband Gary both tested positive for the virus.

Now she is pleading for informal family carers to be included in priority lists for the Covid vaccine.

Becoming ill left Liz and Gary deeply concerned over who would care for their 17-year-old daughter Claudia, who has Recessive Dystrophic EB and requires daily care to enable her to live as manageable a life as possible.

She is peg-fed and requires routine changing of wound bandages which cover her body from the neck down.

EB, or Epidermolysis bullosa, causes the skin – both inside and out – to blister and wound at the slightest touch and the only treatment is painful bandaging to prevent infection.

Liz caught Covid during the first lockdown last year and was hospitalised with Covid pneumonia, while Gary also contracted it around the same time.

“It was my worst nightmare – I needed someone to care for my child,” said Liz, a parent ambassador and board member of Debra Ireland, the national charity which provides help and support for people with EB, and their families.

“Claudia’s team of homecare nurses, who clean her wounds and change her bandages, helped us during that time and as a family. We would not have got through this without them.”

Nurses and PAs attend the family home in Terenure, Dublin, three times a week to deliver bandage care to Claudia, who is in frequent pain.

Liz spends a significant amount of time each day helping her daughter eat, dress and bathe.

“They knew that both myself and my husband had contracted Covid and they came every day, wearing their PPE and did over and beyond, like changing beds when I couldn't do it, ordering bandages, collecting medications for me.

“While professional carers are currently receiving the vaccine, informal family carers are not currently scheduled to get it any sooner than the general population, even though they play a vital role as primary caregivers to people who have very vulnerable immune systems.”

The clinical decision by the National Immunisation Advisory Committee (NIAC) is that family carers be covered in other groups receiving the vaccine, but to date, that precise group has not been identified.

Debra Ireland is calling for the government to outline what priority family carers will be given, and a date for when vaccination will begin.

“This presents huge anxieties for carers of those with EB and other life-limiting conditions in Ireland,” said Fiona Aherne, Advocacy and Policy Manager in DEBRA Ireland.

“They are often their family members’ primary care giver and at Debra Ireland we feel they should be on a priority list.

“Because of their close daily interaction with their child, if they fall ill it places an enormous burden on the family.

“We are joining with other organisations like Family Carers Ireland in calling for family carers to be included as a priority group for vaccinations.

“Obviously we fully support the prioritisation of paid carers, many of whom deliver care to those with EB, but we also want the larger majority of carers who are providing unpaid care within the home to be treated equally.”