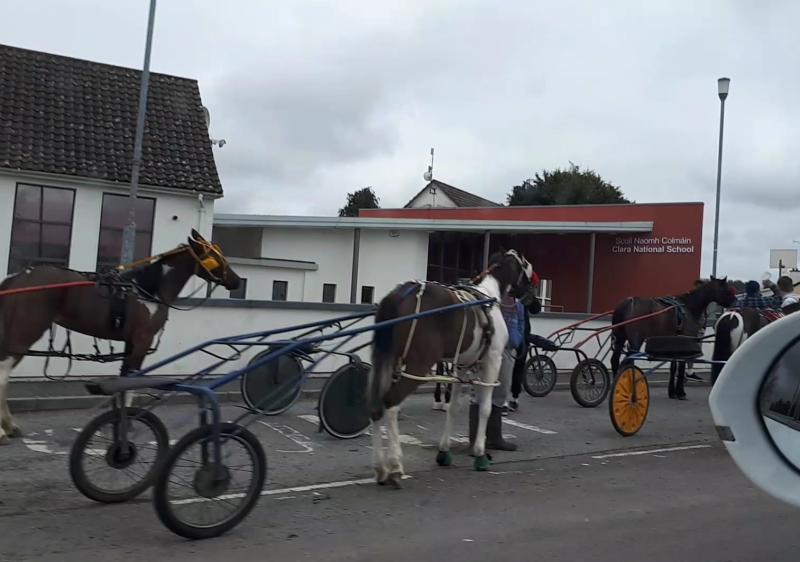 Gardaí halted a large group of at least ten sulkies and horses along with their drivers on a road at the outskirts of Kilkenny City this afternoon.

They were pulled over in Clara. Multiple garda vehicles were involved, and it's understood a vet was called to the scene.

It's not the first time a large group of sulkies have used this road, which is close to the ring road. Horse-free zones have been proposed for some areas of Kilkenny City, but not in this area.

In recent years, sulky racing was restricted by by-laws in Kilkenny after multiple incidents in which horses and road users were put in danger. The use of sulkies on public roads around Kilkenny continues.