Here’s to 100! Celebration for Slieverue's Pat on big birthday

He marked the occasion recently 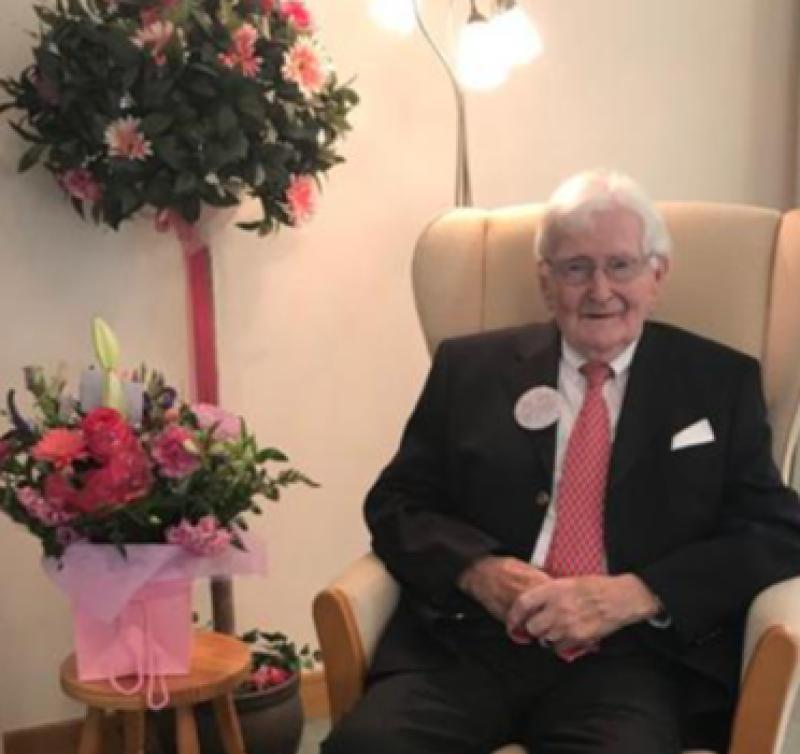 A proud Slieverue man had plenty of reason to celebrate recently as he marked the occasion of his 100th birthday.

Pat Phelan celebrated his 100th birthday surrounded from afar by family and friends at St Joseph’s Home on February 6. He is the eldest of 11 and has always been blessed with good manners and charisma.

He went on to marry Brigid Brennan of Slieverue and joked, when asked about how many children he had, he always responded by enquiring if they played poker. ‘Well if you do’, he would say, 'l can tell you that l have a full house, three queens and two jacks!' He always has a party piece.

Pat is the eldest son of William and Mary Phelan from Grantstown, Waterford. His father bred the winner of the Aintree Grand National in 1950, ‘Freebooter’ — an unbelievable time in Pat’s life that has stayed with him since.

Pat started his working life in Henry Denny & Sons and says that he was the first Catholic in the office at that time. He then went on to work for Clover Meats, but when the company ceased trading, he made a decision to then retire.
Pat was a founder member of many clubs and organisations that are still active today such as the Dunmore East Sea Angling club, founder member of the Waterford Credit Union and member of The Waterford Boat Club when they won the Goff Shield in 1941.

He also enjoyed golfing and was a longstanding member of the Waterford Golf Club where he played up to 92 years of age.
He was a founder member of Probus Club in the city and he spent his time swimming whenever he got a chance. He was also a longstanding member of St Vincent De Paul and he received the Benemerenti Medal in the year 2000 for service to the Catholic Church.

Pat’s great love and interest was horse racing which was recognised in 2015 when he was presented with a beautiful crystal vase for his 87 years of dedication to the sport.

Another talent that Pat excelled in was magic as he was a brilliant illusionist and performed for many years in the Good Old Time music hall, fondly known as ‘Fellino’.