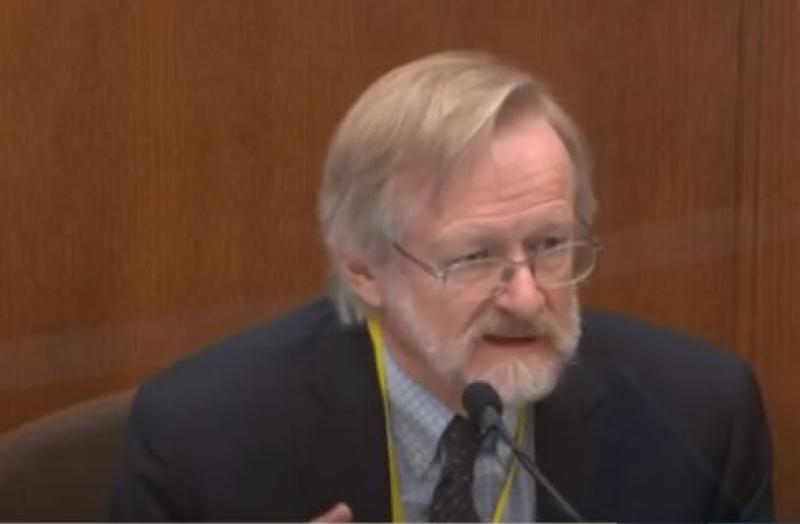 Kilkenny doctor Martin Tobin has been recalled to the stand this afternoon in the high profile US trial of Derek Chauvin, the Minneapolis police officer charged with the murder of George Floyd.

The Prosecution sought further testimony from the expert witness in rebuttal after another witness yesterday testified that carbon monoxide may have played a role in the death of Mr Floyd. Dr Tobin is originally from Freshford.

Mr Floyd died last year in an incident in which he was handcuffed by police with the officer's knee pressed on his neck. Dr Tobin, a highly-regarded expert pulmonologist, last week testified that he died from a low level of oxygen, causing damage to his brain and an arrhythmia that caused his heart to stop. In his opinion, Dr Tobin said, the cause of the low level of oxygen was shallow breathing - a result of a combination of his prone position, being in handcuffs, and the knee on the back of his neck.

Yesterday, another witness suggested that carbon monoxide from a vehicle exhaust may have factored in Mr Floyd's death.

Irish medical expert Dr Martin Tobin has been recalled as a rebuttal witness by the prosecution in the #DerekChauvinTrial. He is a pulmonologist and is being asked about claims that carbon monoxide may have been a factor in the death of #GeorgeFloyd. @rtenews pic.twitter.com/VZOTfrrdV2

Taking the stand again today, Dr Tobin said he did not agree with the carboxyhemoglobin proposition put forward by the other witness. His follow-up evidence can be viewed here.

The defendant, Mr Chauvin, has decided not to take the stand to give evidence.  The trial continues, with closing arguments to follow.