Big merger ahead for Kilkenny College? 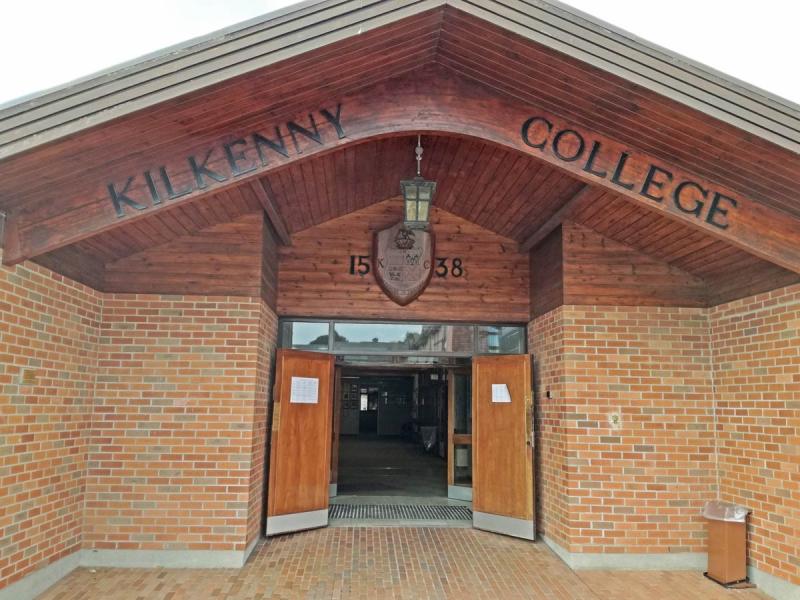 A proposed merger between Kilkenny College and a Kildare girls’ school may now become closer to realisation as a result of a weekend call on the Government to provide facilities for Church of Ireland schools equal to those provided for Catholic schools throughout the country.
Speaking at the annual College sports in Kilkenny on Saturday, the Right Rev Dr HR McAdoo, Bishop of Ossory, Ferns and Leighlin, said the plain truth at present was that if Church of Ireland country parents wanted the same privilege as that enjoyed by their Roman Catholic friends and neighbours, of sending their children to schools of their own religious tradition, then they had to send them as boarders.
He added that their problems were the problems of a minority situation and they would need the help of the Government if they were to be solved.
His solution was a Government-backed merger between Kilkenny College and the Collegiate Girls’ School, Celbridge.
“Most of our pupils, if they want to attend a secondary school of their own religious tradition are obliged to be boarders and many of us here would prefer that they should board in their own area,” said Dr McAdoo.
“As was stated at a public meeting in Dublin three years ago by two members of the Incorporated Society, the Society would view with favour a merger here in Kilkenny of the two schools with the consequent educational advantage of a larger school.”
This, Dr McAdoo went on, would be a natural arrangement as a considerable proportion of Celbridge pupils were drawn from the South-East.
The Society, however, could not afford the merger from its own resources which were strained and government assistance in the shape of grants to build the additional boarding accommodation would be required.
Miss Freda Yates, headmistress of the Celbridge school, which is similar in size to Kilkenny College, spoke to the People about the proposed merger of the schools.
Despite the fact that they would be losing the facilities which resulted from being close to Dublin she admitted that Kilkenny would be a much more convenient centre as the majority of Celbridge students came from the South-East, with 25% coming from Wexford alone.
TOP TEAMS CLASH
Two of the top teams in the senior hurling championship, James Stephens and Bennettsbridge, meet in the first round at Nowlan Park on Sunday at 2pm while to complete an attractive bill St Senan’s (Kilmacow) and Coon also meet at 3.30pm.
The Bennettsbridge - James Stephens clash should be a very useful pointer to the destination of the title though, naturally the holders, The Fenians and Mooncoin are poised for battle confident of making the best of them sit up and take notice.
Both Bennettsbridge and James Stephens are very competent sides and in their clashes in the past couple of years they provided top class exhibitions. Sunday’s game should also be well worth seeing.
St Senan’s and Coon are both more or less unknown quantities this season but they look fairly evenly matched and it will be interesting to see how they measure up.
LOCAL FIRM EXPANDS
The extensive farm machinery business of Collier Brothers, Bunclody, Wexford has been acquired by Mahon and McPhillips of Kilkenny.
Mahon and McPhillips are one of the largest, if not the largest employers in Kilkenny. It is indeed a healthy sign to see their agricultural machinery division being enlarged.