Concerns over lack of progress on completion of Kilkenny's Ring Road 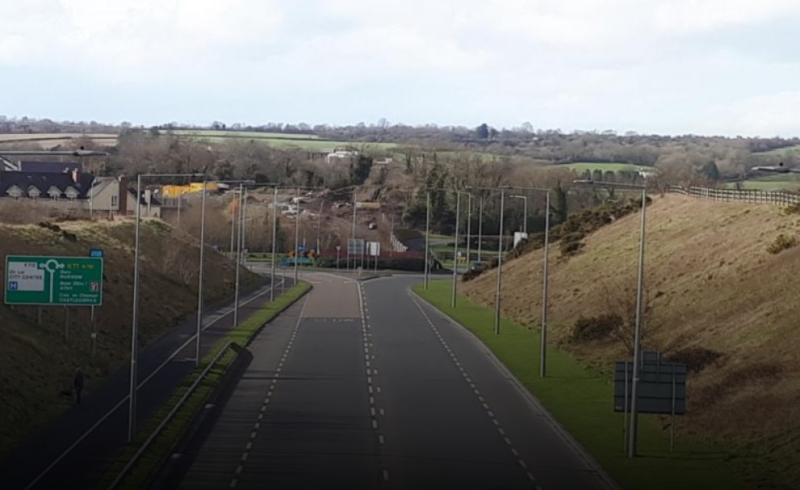 The Castlecomer Road roundabout section of the ring road, from which the northern section would extend

Councillors have voiced their concerns over the lack of progress on the completion of the Ring Road in Kilkenny City.
Councillor David Fitzgerald raised the matter at a recent meeting of Kilkenny County Council. The Fine Gael councillor said that he was told in January that the matter rested with the Minister for Transport.
“I wrote to the Minister in February looking for clarification about funding and he replied and said that it was a matter for the Transport Infrastructure Ireland (TII),” he said.
The Fine Gael councillor told the meeting that the TII wrote back to him and said that it had nothing to do with them and it was a matter for Kilkenny County Council.
“In 2014 we were told that it was a priority of Kilkenny County Council to do this and it appears that we don’t the money event for the design at this stage. When will we get the Northern Ring Road bridge built,” he asked adding that the completion of the Ring Road from the Castlecomer Road to the Freshford Road was ‘a most important project’.
Cllr Maria Dollard why was the local authority willing to spent an estimated €2.4 million on infrastructure to facilitate traffic at the location for the new CBS school.
“We are left with the cost. I am concerned about that. That money could be well spent on the outer Ring Road,” she said.
Cllr Pat Fitzpatrick said that the completion of the Ring Road ‘has to be at the forefront of the development of Kilkenny’.
“Without the extension of the Ring Road we cannot develop as a city and county,” he said added that he is ‘disgusted’ that the project has not progressed in the past seven years.
Director of Services, Tim Butler told the members that the local authority is committed to completing the project.
“We need to get funding to do a strategic assessment and we are in discussions and we are hoping to secure funding for this,” he said.
Cllr Peter Chap Cleere said that the council needs to make sure that the completion of the Ring Road is ‘on the agenda at all times’.
“It has to be completed at pace. It is non negotiable,” he said.
Cllr Martin Brett pointed out that both hospitals have expanded in recent years as have other businesses in the area and said that the completion of the project has to be a priority.
CEO of Kilkenny County Council, Colette Byrne said that the Ring Road project had been tied up in the court system for years and that Covid also had an impact.
“We have had discussions with the relevant authorities,” she added.