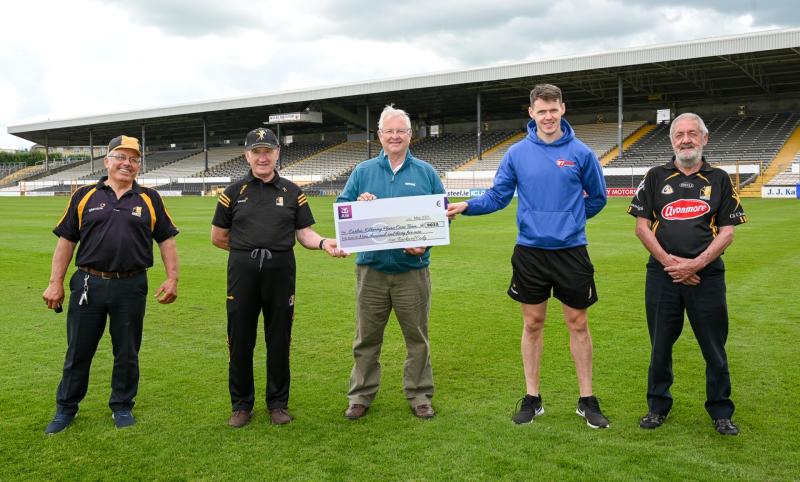 Last August, Rackard began his epic ‘Miles on a Mower’ quest, taking on an unusual trek from Kilkenny City to Wexford town. His ‘vehicle’ for the two-day road-trip was Husqvarna ride-on mower.

Rackard’s Road Trip was to raise funds for Carlow Kilkenny Homecare and Wexford Hospice Homecare. At the time, his hope was to raise as much as €10,000. But thanks to his efforts and the generosity of local people, the whole thing brought in a whopping €18,070.

He paid tribute to the great work of the homecare teams in both counties: “I hope none of us want it, but it’s there if we want it and they are great people," he said.

They may have faced each other on the field at the weekend, but Kilkenny and Wexford GAA worked together with Rackard on this challenge. He also had great support from James O’Rourke at the Husqvarna centre in Ballyrue, just outside New Ross, who gave Rackard the ride-on mower he drove from Kilkenny to Wexford. He generously kicked off the fundraising with a donation of €1,000.

Rackard's destination was statue of Wexford hurling hero of the 1950s Nickey Rackard - the man for whom Rackard (Denis) Cody was nicknamed.  He left the gates of Kilkenny Castle, travelling to Bennettsbridge, Thomastown, Inistioge, turning left at the Ferry Bridge outside New Ross and on to Clonroche, Enniscorthy and on to Wexford town and the statue.

The next day, Rackard and his team left Wexford at 10am and headed back to Ballinaboola, New Ross, The Rower and finished up in Graignamanagh.

Well done Rackard and all who helped out and contributed to the worthy initiative.