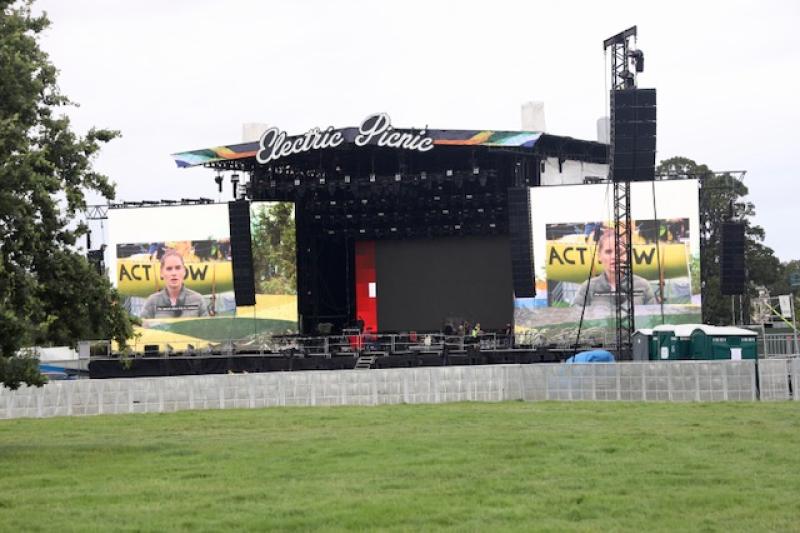 There's unlikely to be any action in Stadbally now in September

The Electric Picnic promoters have had a a licence application for the 70,000 capacity festival planned for the end of September refused by Laois County Council on public health gournds.

The council issued the following statement.

"Laois County Council has today, August 4, made a decision to refuse an licence to hold the 2021 Electric Picnic event at Stradbally, Co Laois.

"The decision has been made following the most up-to-date public health advice made available to the council from the Health Service Executive.

"Furthermore, it is noted that under the Government measures for the management of Covid-19 events of this nature are restricted to an attendance of 500 people," concluded the brief press statment.

"The council have made this decision on clear public health advice from the HSE," said Cllr Bergin.

"It was a difficult decision for the council to make and disappointing for many thousands of people and those who work in the music industry. Unfortunately, in the current climate, when first Holy Communions can't go ahead I think the council have made a decision on the best advice for everyone," he said.

Cllr Bergin said the organisers have an option to seek a judicial review of the decision.

Melvin Benn of EP Republic Ltd, submitted an application to the council in April which was updated in early June. They said in their application that Covid-19 control measures could be agreed with health authorities at the time the event took place.

Mr Benn and other promoters involved have lobbied Government to allow the event goahead claiming that similar events have been held safely in the UK.

There had been substantial local opposition in Stradbally.

at the Home Pony International Show

'Kilkenny' will not head forward to the team competition however - read below!
ADVERTISEMENT - CONTINUE READING BELOW