Opportunity Knox - and Carol is ready to Glow!

Kilkenny will have two stars in new reality show, Glow Up Ireland 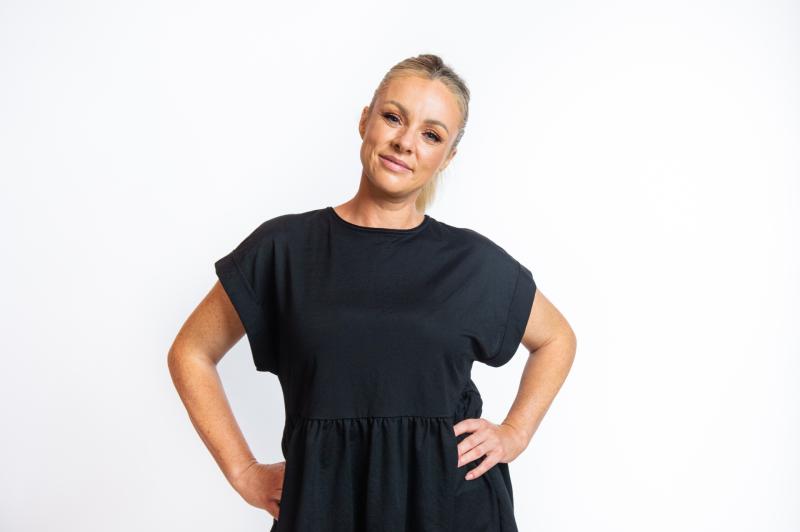 Kilkenny woman Carol Knox is all set to appear on Glow Up Ireland, a reality show on makeup artists which starts on RTE this week

Two of Kilkenny’s talented makeup artists will feature in a brand new reality series on RTÉ this week.
Carol Knox and Michael Ryan will be on our screens as part of Glow Up Ireland, which starts on RTÉ 2 on Thursday. 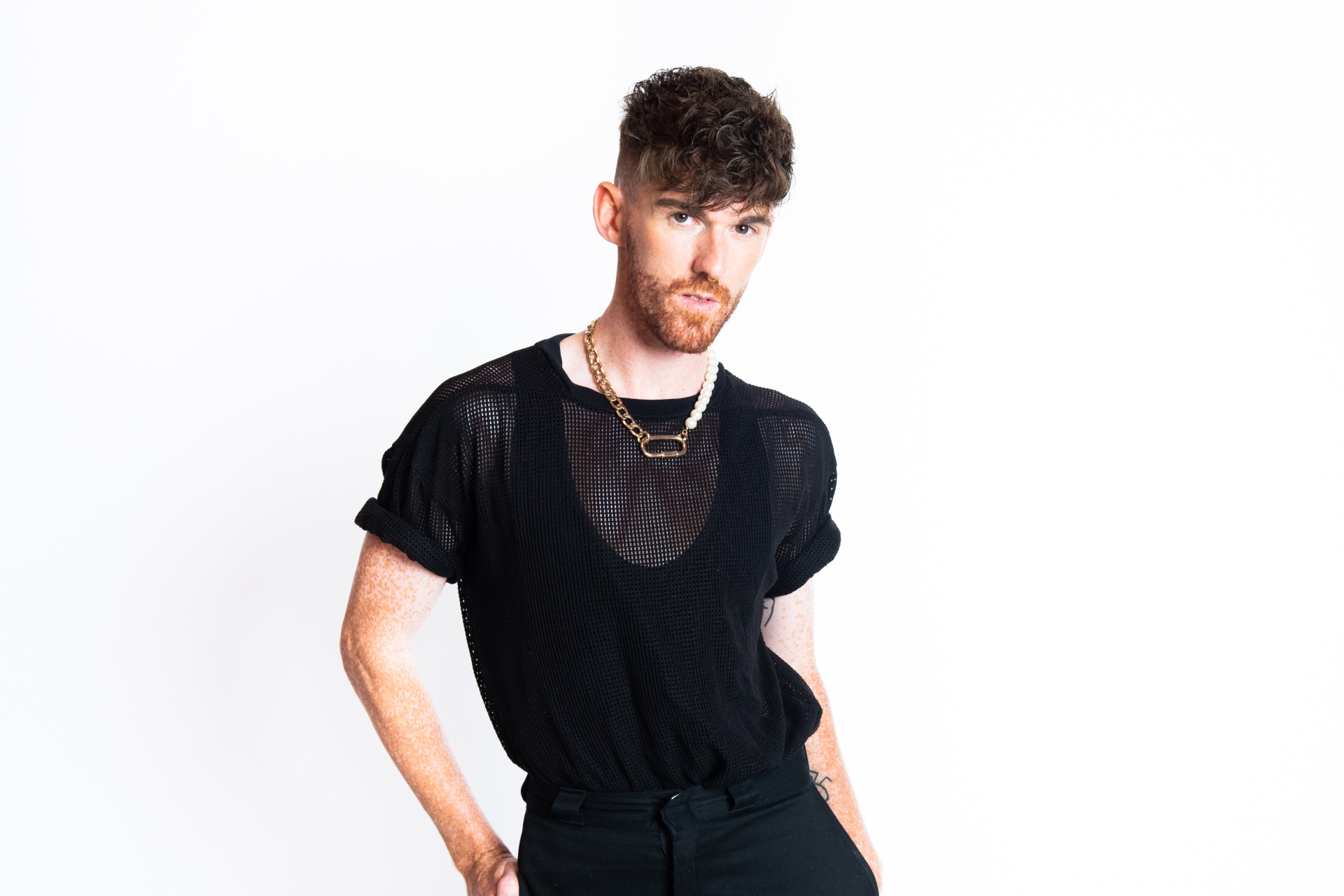 Presented by TV star, model and influencer Maura Higgins, Glow Up Ireland will see 10 amateur make-up artists compete to be crowned Ireland’s next makeup star.
Each makeup star will be judged on their ability under time pressure for three different looks each week.
The aim of the game is to avoid the dreaded red chair and to take on board the critique from judges.
Opportunity
The winner will be crowned Ireland’s Next Makeup Star and will win a fantastic opportunity to further their professional career.
This week I sat down with Carol Knox to talk about how she was picked and discuss all the back stage goss!
Carol, we are so proud of you here in Kilkenny for making it into the top 10. How excited are you?
Very excited and nervous at the same time, it’s a mixed bag of emotions. When you go through the motions of the competition, you don’t think of these things. Then you get home and realise you are going to be on the telly and that’s kind of overwhelming.
I am looking forward to watching it but my head will be under a blanket for most of the time with the nerves!
Your partner Andrew McGuinness is the Mayor of Kilkenny, and well used to the limelight! Tell us about you Carol.
Yes he can step aside now!
I am born, bred and reared in Kilkenny for the last fabulous amount of years! As you said, I am Andrew’s partner and we have two beautiful children - Jack (8) and Phoebe (2).
Have you always been a makeup artist?
No I haven’t always been a makeup artist. I was in childcare initially. I suffer from mental health issues and I found makeup was a form of therapy for me. I have a lot of self-doubt and belief issues; I am probably my own worst enemy. All of this doubt held me back from doing a lot of things. Over time the disbelief in myself grew less and less and a little bit of confidence grew.
That’s my journey - from being insecure to now doing my full blown creative makeup looks. The show has taught me to take the risk, if you don’t take the risk you will never know.
People might not know that about you, because the Carol we know can bring any house down in her rock band days and take on leading roles in musicals.
If you look at a lot of comedians they put on a front. It’s an act and I am a bit like that.
You become different from what you really are because you don’t want to relate to who you really are or what you are feeling inside.
When you are on stage, you are not yourself and you are not exposing yourself.
It’s the same when a microphone is put in my hand. I can’t sing one to one but ask me to sing in front of hundreds of people and I will. Something takes over, you are not you and you can hide and mask your true feelings.
What made you decide to apply for the first series of Glow Up Ireland?
It was an Instagram call out and I was tagged by another makeup artist. So I sent an email to the production company and didn’t think much about it after that. I received an application form back and before I knew it I was on the show!
What was filming like on the show?
Filming was long and tiring but an unbelievable experience. For me I absolutely loved the buzz of the production and the background. You have to do a lot of filming for a short programme and there is a lot of waiting around but it was great craic.
I got to know the contestants, the production team and the cameraman and I made a point of knowing everybody’s name. You make friends for life out of doing something like this. Even though I was up at 5am every morning, I would do it all over again in a heartbeat. 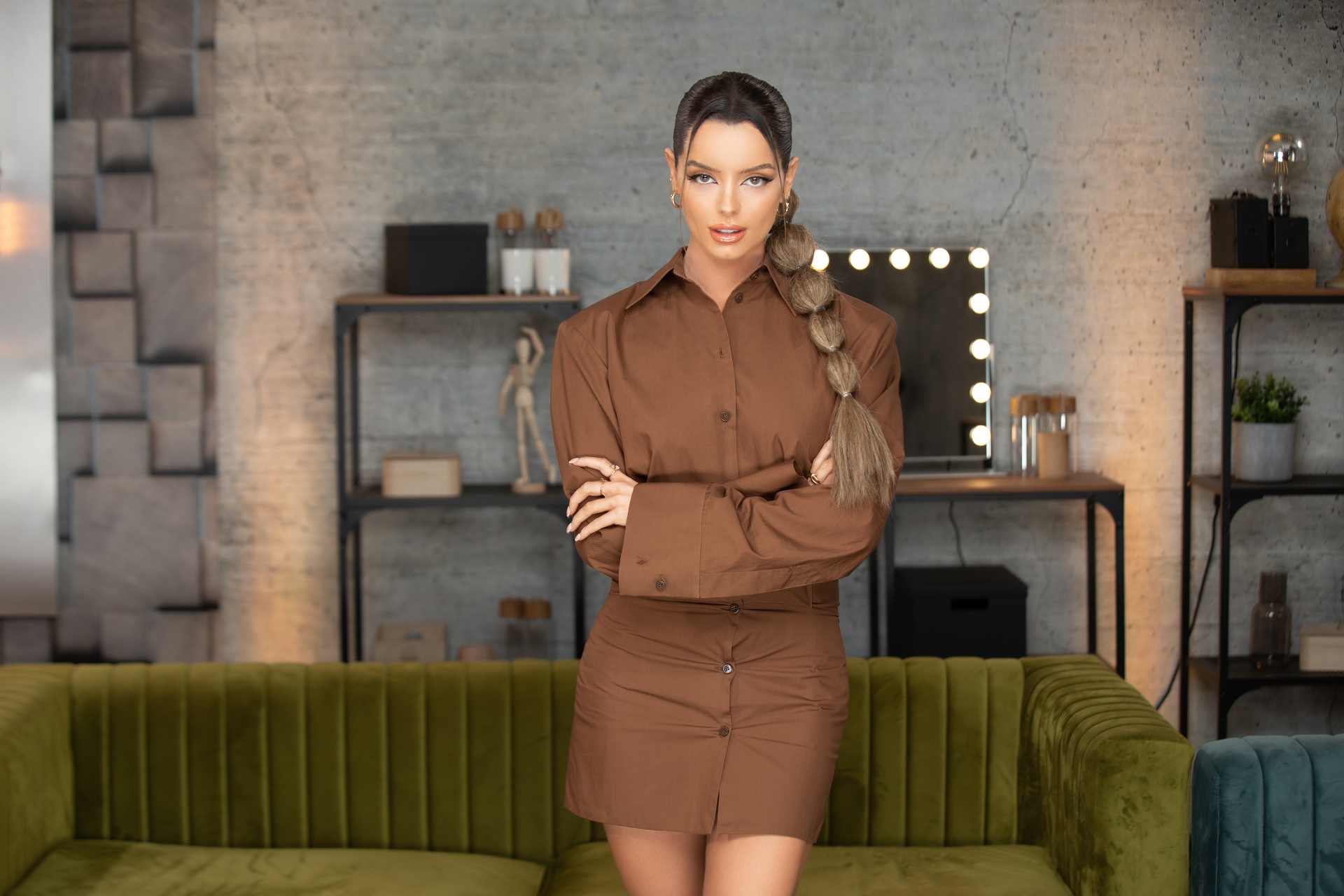 Did you get on well with presenter Maura Higgins?
Maura is gorgeous, she is probably more beautiful in the flesh, if that is possible! She is very reassuring. Even off camera, she would sit down and chat to us. She gives people confidence.
The way she comes across on screen is exactly the way she is. There are no airs and graces, she is just a really down to earth person. There’s a bit of a bold streak in her too which I love!
I know you are not allowed to give too much away, but give people a flavour of what to expect on Thursday night for the first episode on RTÉ.
The format of the show is the very same as the BBC Netflix one. So basically there are 10 makeup artists and over the eight weeks you are giving a variety of challenges.
On episode one we are given an industry challenge. You are not given any preparation time for it and you’ve got just two hours to come up with the concept and complete the look on your model.
People might think two hours is a lot of time to do makeup but it’s not. You are under a lot of pressure to do the looks in front of cameras and with Maura asking you questions! I found I did make up totally different on set than I do at home.
When the looks are finished, they are all photographed and the judges go off to deliberate with a guest judge. The people who underperform end up in the red chair.
We also get another challenge called the creative brief and we are given two and half hours to complete it (these looks take me six to seven hours normally to complete at home). If you are unlucky enough to end up in the red chair from the previous industry challenge you get less time to complete the creative brief.
There are three makeup looks in total - only the bottom two makeup artists have to create a third look in each episode at the end as they battle for their place.
What are judges Emma and Cathyanne like?
They are gorgeous and they are very honest and will tell you where you need to improve. For me I took it as constructive criticism as I am here to learn.
They are the industry giants and I am a novice. They have worked with the top celebrities, A-listers, royals and the fanciest of brands. They are so well known and respected in the makeup world.
Who will you be watching the first episode with?
I am going to stay at home. They are having a ‘watch party’ in Dublin but my kids want to watch it with me. Jack is very eager to see his mammy on the telly with his mammy beside him. Fingers crossed Phoebe will be in bed or we’ll hear nothing!
Finally Carol, can you share some make up tips for us?
With the lockdowns people embraced who they are and what they look like. The best tip I can give anybody is just do you. Be natural and yet glamourous with some lipstick and mascara but don’t overdo it.
Don’t miss next week’s interview with the other Kilkenny contestant Michael Ryan.