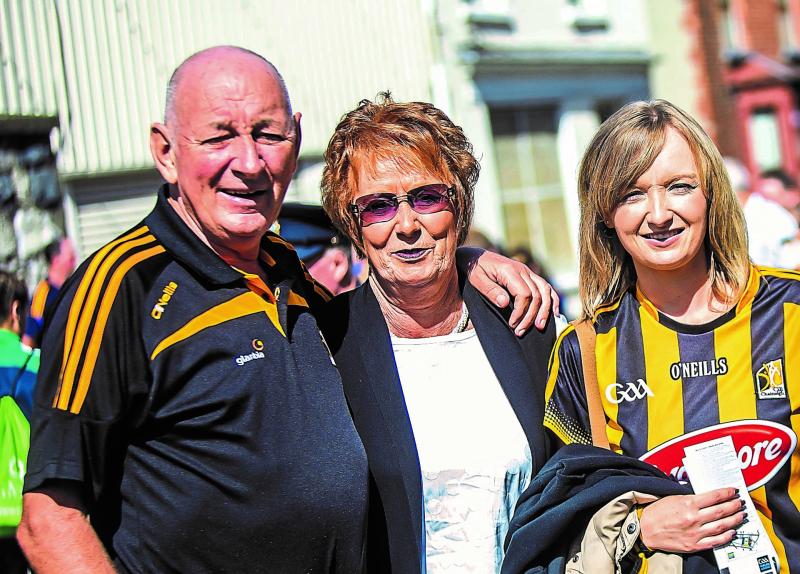 The Kilkenny GAA community was in mourning following the death of Jim Freeman.
Mr Freeman, well known for his role as Secretary of the Kilkenny GAA Supporters Club, passed away on St Stephen's Night.
Paying respects on their website, the Co Board hailed Jim, who was heavily involved in ensuring that Kilkenny teams were always best prepared to compete successfully for All-Ireland honours in all grades.
"Jim, who had a very long association with Kilkenny GAA, had been battling illness for sometime," they said in a post. "His presence at games and events will be sadly missed by all."
Together with John Mackey, Mr Freeman was well known for his tireless work raising funds to ensure all school, club and county teams who represented Kilkenny were looked after.
In recent times the Supporters Club, in conjunction with Kaideen Knitwear, made a donation of clothing to a Dublin homeless charity and locally to the Good Shepherd Centre.
Jim is survived by his wife Mary, son Kevin and daughter Suzanne, sister Margaret, brothers Fran, Brian and Martin and his extended family.
Mr Freeman will repose at his residence at Bishops Grove, Ferrybankon Tuesday. His funeral will walk from his residence at 9.30am on Wednesday to the Sacred Heart Church, Ferrybank for Requiem Mass at 10am. The Funeral Mass can be viewed by logging on the church webcam from 10am. Burial will be in the adjoining cemetery.
Donations can be made to Waterford Hospice