Saíocht - a celebration of music and poetry in Kilkenny 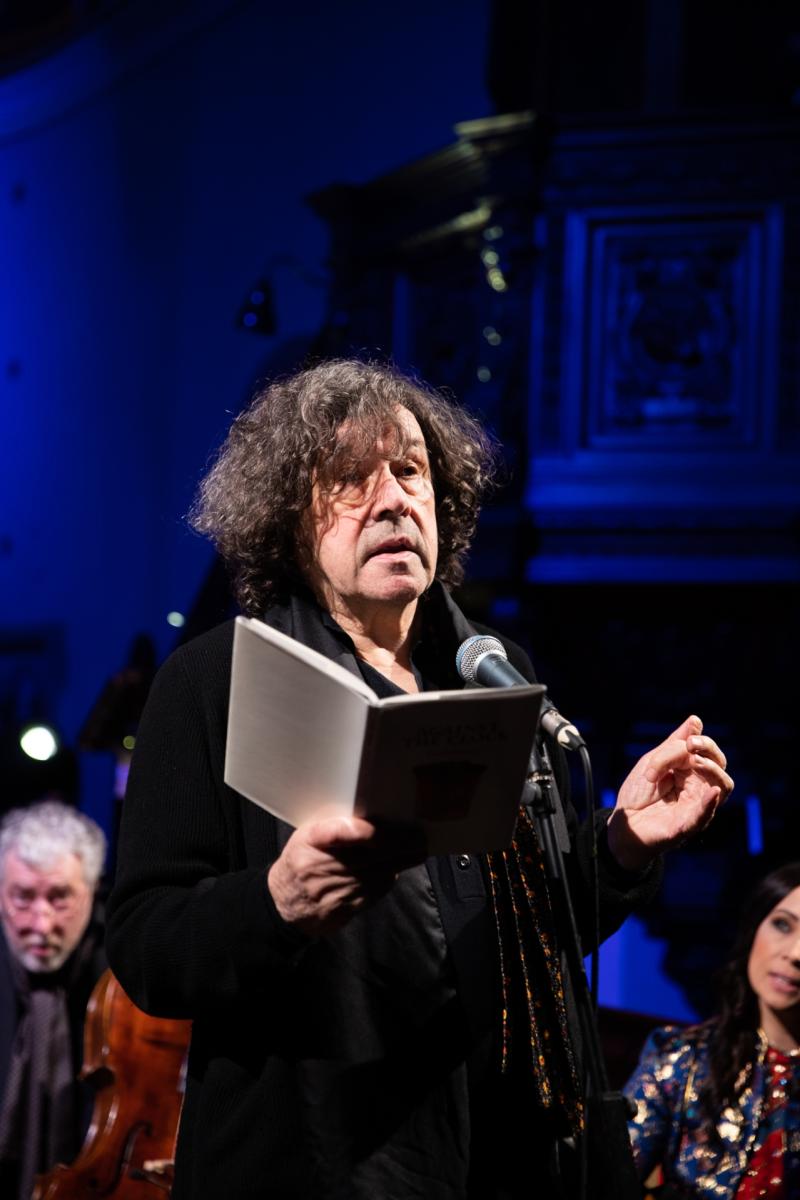 Renowned actor, Stephen Rea hosts Saíocht, a beautiful evening of music and poetry in St Canice’s Cathedral on April 9.
Saíocht features Ireland’s leading poet Gabriel Rosenstock and spoken word artist Felispeaks. Together with acclaimed Irish traditional musicians Louise Mulcahy, Michelle Mulcahy and Neil Martin, the super-group will explore the fascinating artistic relationship between the Irish literary tradition and Irish traditional music.
In addition Stephen Rea will read two poems from Kilkenny poets Robert McLoughlin and Emily Murtagh.
This incredible celebration of music and poetry made its debut in January at the stunning Peppercanister Church in Dublin with special guest and long time supporter of entertainment and the arts, President Michael D Higgins.
An internationally acclaimed actor, Belfast-born Stephen Rea has appeared in films such as V for Vendetta, Michael Collins, Interview with the Vampire, Breakfast On Pluto and Neil Jordan’s The Crying Game, for which he was nominated for an Academy Award. Works by Kinsella, Heaney, Mahon, Muldoon, Rosenstock and remarkable contemporary spoken-word artist FeliSpeaks have achieved national and international acclaim. Together they will celebrate this rich legacy.
A multi-award-winning performer on both uilleann pipes and flute, Louise Mulcahy has performed around the world and is a regular performer and contributor on television and radio.
Louise’s research work on women in uilleann piping was released in a landmark documentary for TG4 titled, Mná na bPíób in 2021. Alongside four album releases with father, Mick, and sister Michelle, Louise released her highly acclaimed début solo album titled Tuning the Road.
Mulcahy recently performed at the National Concert Hall for International Women’s Day and alongside Paddy Glackin, Matt Molloy and more to celebrate the life and legacy of Liam O’ Flynn.
Michelle Mulcahy is considered to be one of Ireland’s most talented multi-instrumentalists in Irish traditional music today. Awarded the prestigious TG4 Young Musician of the Year in 2006 and was also awarded Female Musician of the Year in 2005 and in 2013 at the Live-Ireland awards in the United States.
Gabriel Rosenstock writes in Irish and English across a wide range of genres, mainly poetry, tanka and haiku.
Belfast-born Neil Martin is a composer and musician with an international reputation who enjoys a most varied and rewarding career encompassing dance, opera, theatre, film, television, radio, concert hall and studio. His most recent work - a violin concerto, d’allombra, written during lockdown - is scheduled for its world premiere in the autumn of 2022.
FeliSpeaks is a Nigerian-Irish poet, performer and playwright.
FeliSpeaks was commissioned by RTÉ in 2020 with the poem Still about Ireland’s response to the Covid pandemic FeliSpeaks has graced some prestigious stages such as National Concert Hall, Dublin Castle, opening for ThisIsPopBaby’s Riot show and Kate Tempest on the Vicar Street stage as well as for Saul Williams on the Sugar Club stage, Olympia Theatre in response to Repeal the 8th, Theatre Stage at Electric Picnic, Smock Alley Theatre in 2018 and 2019.
Tickets are €20 and are available from Rollercoaster Records, Kieran Street or rollercoasterrecordskk.com
April Sounds is delivered locally by Kilkenny County Council Arts Office and funded by the Department of Tourism, Culture, Arts, Gaeltcht, Sport & Media.