Appeal to dog owners - keep your pets at home! 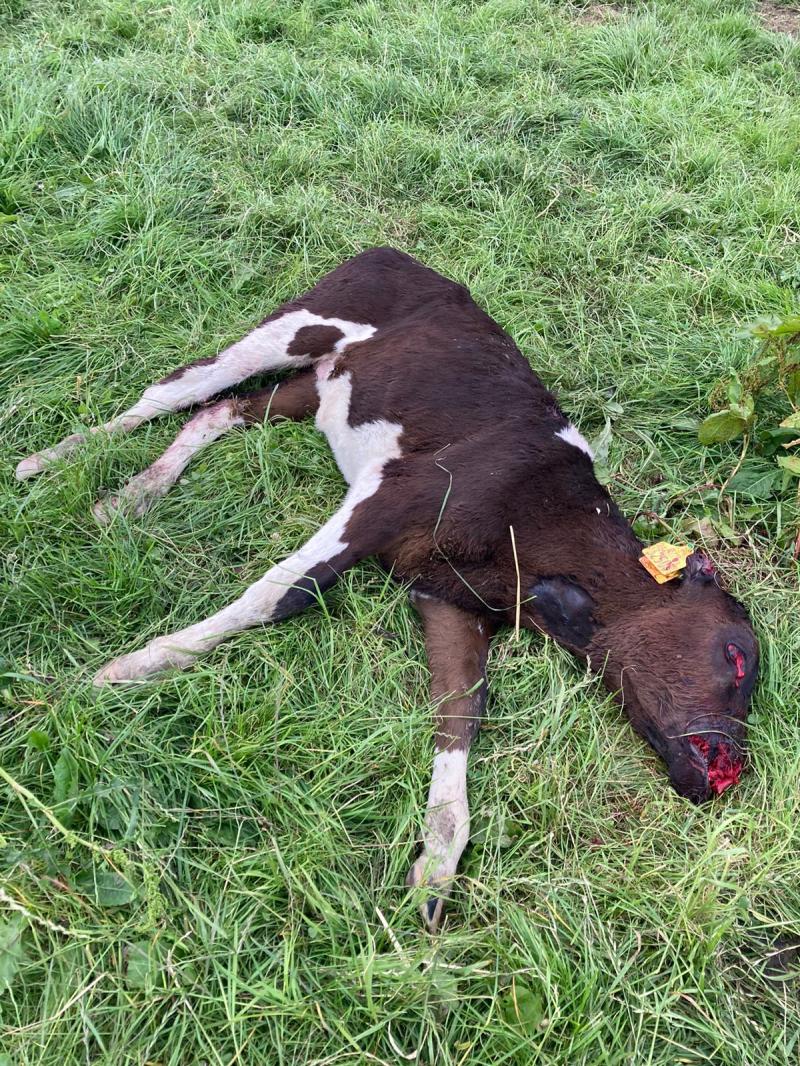 A violent dog attack has left four young calves dead on a Kilkenny farm, shocking the local farming community.
The horrific incident took place on the farm of Patrick and Angela Prendergast, at Tullamaine, near Callan, last week.

The whole Prendergast family have been left upset and traumatised by the awful incident.
The calves were only recently bought in by Mr Prendergast to start his own dairy herd.

Now, Mr Prendergast is calling on all dog owners to keep their animals close to home, don’t let them roam free.
He told the Kilkenny People that two dogs came on to his farm and “savaged the calves.” Three were killed and a fourth was so badly injured it had to be put down by a vet.
More of the young animals had bite marks and other injuries and the whole herd was left stressed.
“We got an awful fright too,” Mr Prendergast said of his family.

The attack occurred in the middle of the afternoon. The Prendergast’s teenage son had walked their family dog in the area at about 1.30pm, and all was fine. But when Mr Prendergast passed the field at 4.30pm he made the horrific discovery.
“I saw a calf with its head down and I said ‘something’s wrong,’” Mr Prendergast said. “The poor calf had no face.”

He immediately rang the gardaí and a vet. He then took photos on his phone and started to film the scene when he saw what he thought was a fourth dead calf. But it was the two dogs lying down in the field - a Rottweiler and a German Shepherd.
With Mr Prendergast watching, the dogs got up and started chasing the calves again.
The next day one of the dogs came back.
They have both since been put down. But, he says, the damage is done.
The owner was contacted by Mr Prendergast and he has apologised to him. 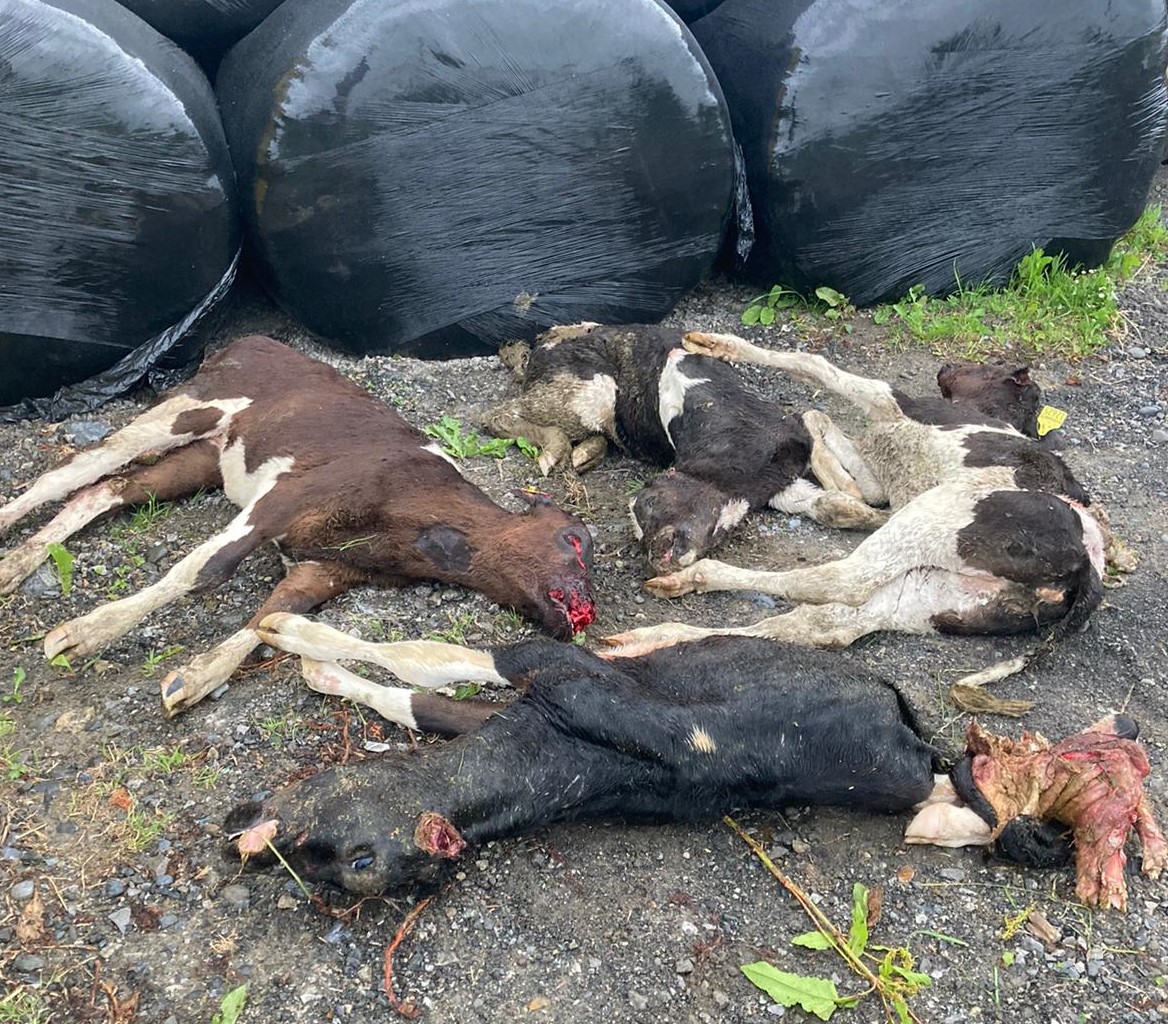 ABOVE: The four dead calves

The loss of the calves is a huge blow to the Prendergast’s plan to start dairying this year, diversifying from heifer rearing. The four dead calves were top EBI animals from a group of nine that had just been bought.

“It’s disheartening. God almighty, we’re fierce upset,” Mr Prendergast said, a farmer who obviously cares for his animals. “It’s awful. All that damage was done between 1.30pm and 4.30pm. When I was milking my cows those calves were being torn apart,” Mr Prendergast is traumatised by what has happened.

“I’m asking people to keep their dogs in. Any dog can turn that way if they keep the wrong company. If people don’t know where their dog is at all times it’s not right.”
Mr Prendergast said he wanted to highlight that while there are often warnings about dogs worrying sheep, he never thought it could happen to calves. “The only (comforting) thing is it wasn’t a child attacked.”