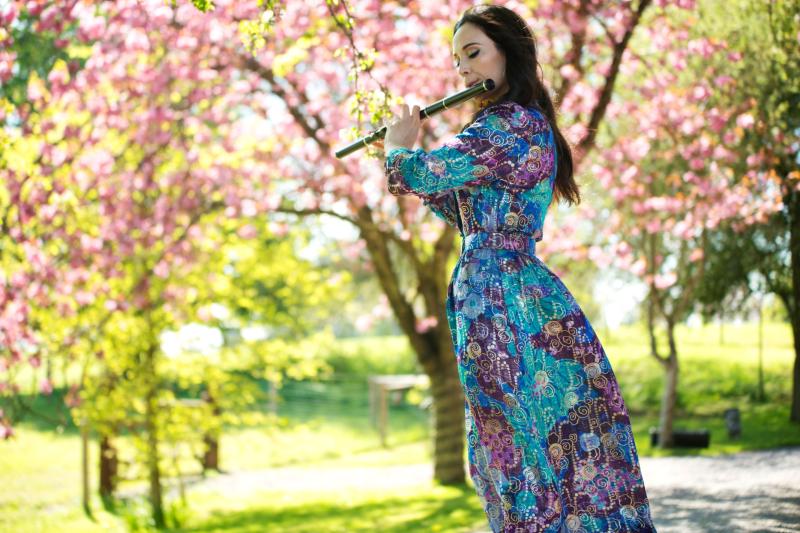 Louise Mulcahy who will perform as part of Saíocht

Stephen Rea is set to host Saíocht, an evening of music and poetry at St. John’s Priory on Monday, (August 8).

In addition Stephen Rea will read two poems from Kilkenny poets Robert McLoughlin and Emily Murtagh.
Saíocht made it’s debut in January at the stunning Peppercanister Church in Dublin with special guest and long-time supporter of entertainment and the arts, President Michael D. Higgins.

An internationally acclaimed actor, Belfast born Stephen Rea has appeared in films such as V for Vendetta, Michael Collins, Interview with the Vampire, Breakfast On Pluto and Neil Jordan’s The Crying Game – for which he was nominated for an Academy Award. Works by Kinsella, Heaney, Mahon, Muldoon, Rosenstock and remarkable contemporary spoken-word artist FeliSpeaks have achieved national and international acclaim. Together they will celebrate this rich legacy.

A multi-award-winning performer on both uilleann pipes and flute Louise Mulcahy has performed around the world and is a regular performer and contributor on television and radio. Louise’s research work on women in uilleann piping was released in a landmark documentary for TG4 titled, Mná na bPíób in 2021.

Gabriel Rosenstock writes in Irish and English across a wide range of genres, mainly poetry, tanka and haiku. His latest publications are Mullah Nasrudin Is Alive and Well new tales inspired by the eponymous Sufi eedjit, and Brightening of Days, a trilingual volume of 5-7-5-7-7 tanka in Irish, Croatian and English, both titles published by Cross-Cultural Communications, New York.

Belfast-born Neil Martin is a composer and musician with an international reputation who enjoys a most varied and rewarding career encompassing dance, opera, theatre, film, television, radio, concert hall and studio. His most recent work, a violin concerto, d’allombra, written during lockdown, is scheduled for its world premiere in the autumn of 2022.
Emily Cullen is the Meskell UL-Fifty Poet in Residence at the University of Limerick. She has published three poetry collections: Conditional Perfect (Doire Press, 2019), In Between Angels and Animals (Arlen House, 2013) and No Vague Utopia (Ainnir Publishing, 2003). Conditional Perfect was included in The Irish Times round-up of “the best new poetry of 2019.”

Tickets priced at €20 plus booking are available www.kilkennyarts.ie