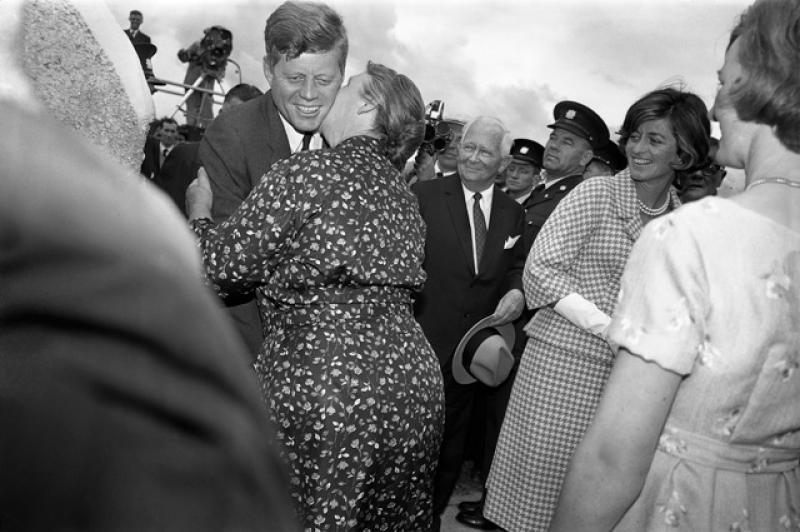 The Kennedy Summer School will celebrate the Presidential visit of John F Kennedy to New Ross and Dunganstown with a special event of talks, entertainment and afternoon tea. The event will be hosted by Sean Connick, Chief Executive of the JFK Trust New Ross and will feature Mary Kennedy to talk about her career paths and life after RTÉ. The afternoon promises to be an entertaining and engaging opportunity for all involved to meet, mingle and chat in that most typical of Irish ways – over a good cup of tea.

During the event mezzo-soprano, Olga Doroshchuk a Ukrainian opera singer film and theatre actress (who came to Ireland in April due to the war in her homeland) will entertain attendees with an operatic performance. Olga has performed many roles in Kyiv including Gertrude in Gounod's Roméo et Juliette with the Kyiv Opera Theatre, Lyubasha in Rimsky-Korsakov's The Tsar's Bride, and the title role Carmen in Bizet's Carmen.

In addition, rare film footage of the visit of President John F Kennedy captured by the late Peggy Walsh will also be screened.

Guests to the event will be treated to an array of baked goods including a traditional fruit cake, which is what President John F. Kennedy (along with sisters Eunice Shriver and Jean Kennedy-Smith) were served by his cousin Mary Ryan during his visit in 1963. These delicious treats will be made by the expert members of the Wexford Federation Irish Country Women's Association.

During his visit, the President cuts a slice of the cake, which he ends up giving to Mary Ryan, his second cousin-once-removed. He thanks her and her friends for doing all of the cooking and offers a toast, “a cup of tea to all the Kennedys who went and all the Kennedys who stayed”.

The annual Kennedy Summer School is set to host a number of expert discussions and is billed as A Festival of Irish and American, History, Politics and Culture. There will be over 40 guest speakers participating with United States Ambassador to Ireland Claire Cronin set to officially open the event. The Irish American State Legislators’ Caucus will join a panel discussion, and Minister Simon Harris will attend the Kennedy Summer School Speakers Lunch while US politician and grandson of Robert Kennedy, Joe Kennedy will join the event remotely. There are a host of politicians, political commentators and correspondents, and leading academics who will all join in the event's discussions.

The 2022 Summer School will focus on topical issues in Irish and U.S. politics with leading expert speakers from both sides of the Atlantic. The 2022 Kennedy Summer School programme of events and tickets are now available online at www.kennedysummerschool.ie or call St. Michael’s Theatre on 051 421255.