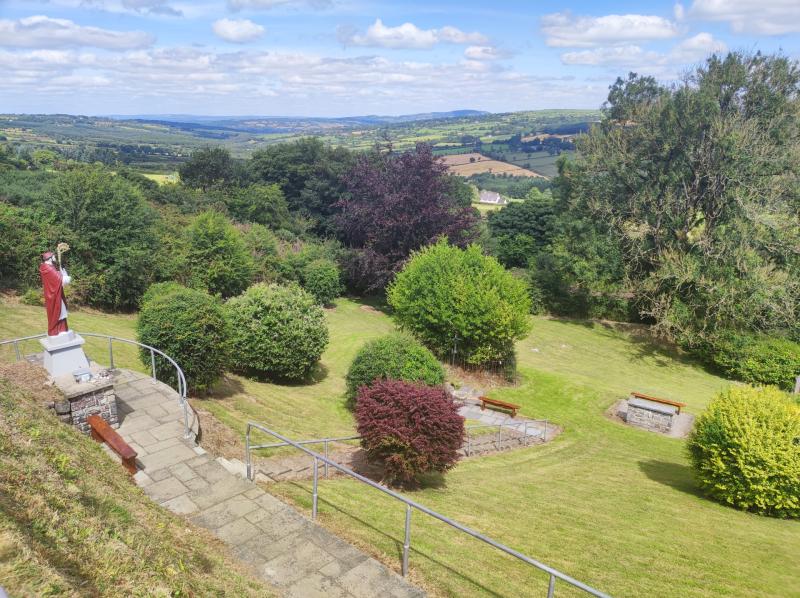 The annual outdoor pattern mass at St Moling’s Well, Mullinakill, Tullogher at will take place on Sunday, August 21 at 2pm.

The pattern mass did take place in 2020 and 2021 due to the Covid pandemic but August 21 will see the continuation of the ancient tradition where countless generations of people from the local communities of Tullogher, Rosbercon, Glenmore, Mullinavat, Thomastown, Inistioge and indeed from other parts come to honour St. Moling.

St. Moling was born in the year 614 AD. in the Sliabh Luachra region of Co. Kerry. The young Moling left Kerry to become a pupil of Maedóg (St. Aidan) in Ferns, Co. Wexford and is also said to have spent time in the monastery founded by St. Kevin in Glendalough, Co. Wicklow.

Here he embraced the monastic life of prayer and solitude. Having completed his studies, he left to seek out a place where he could live a solitary life. The place he initially chose was close to Listerlin in Co. Kilkenny in the Rosbercon parish. He then moved to the Coolnahaw and Mullinakill area of the parish living as a hermit in a cave and using the well that now bears his name.

In later life, he founded a monastery in the area now known as St. Mullins along the banks of the Barrow in Co. Carlow and later became Bishop of Ferns. After serving as Bishop of Ferns for around twenty years, St. Moling returned to St. Mullins and died there in his eighty second year in 696 AD. He was buried in his monastery at St. Mullins, although the exact location of his grave is unknown.

St. Moling’s Well in Mullinakill is a hidden gem in south Kilkenny. It is a tranquil site that rewards the visitor with magnificent views of the surrounding countryside. Its remoteness makes it an ideal place to visit for those seeking a quiet place to pray or to simply sit and reflect, surrounded by the sounds of nature.

The local St.Moling’s Well Committee continue to ensure that the site is in pristine condition all year round for visitors and hopefully the August pattern mass will continue for generations to come.