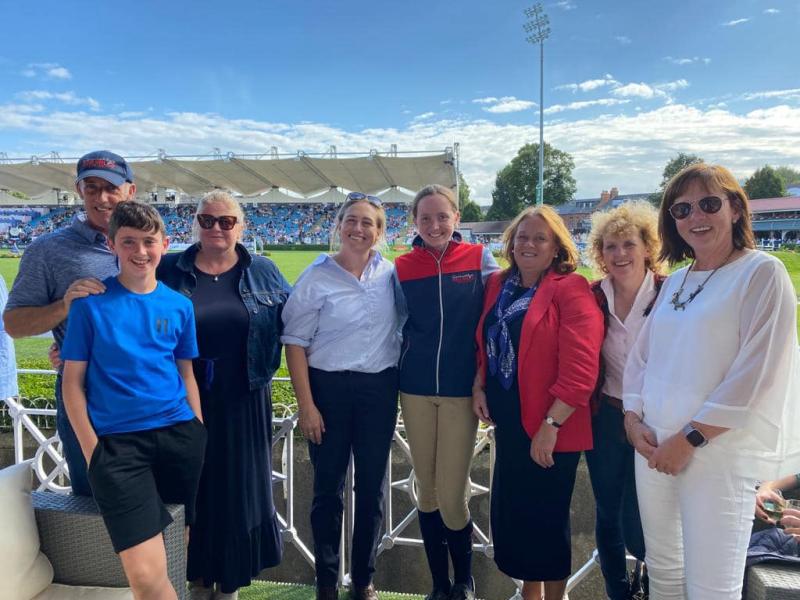 A young Kilkenny girl’s dreams came true as she rose a former Grand National winner at the Dublin Horse Show.

For Bennettsbridge’s Aisling Dwan, the summer of 2022 will always hold a special place in her heart after she rode One for Arthur, a gelding bred by her father John Dwan, at the prestigious event in the RDS.

In 2017 Scottish trainer Lucinda Russell trained One For Arthur to win the Randox Grand National for owners ‘Two Golf Widows’. The gelding was bred by Kilkenny’s own John Dwan and ridden by Derek Fox. The care for the horse was in the capable hands of Jaimie Duff.

In 2020, Treo Eile, a not-for-profit organisation, was established in Kildare to connect, support and promote the retraining of race horses for a second career. Treo Eile, meaning a new direction.

Aisling and One for Arthur travelled up for a few sessions to Treo Eile in preparation for RDS. It was an easy job, as Arthur has such a good temperament and has taken to his new career extremely well.

Fast-forward to the Dublin Horse Show 2022, all the connections reunited at the RDS to show their support for Aisling as she competed on the now 13-year-old. One for Arthur who arrived from the UK in May and is still in the ownership of Deborah Thomson and Belinda McClung. The historical picture was completed as Jaimie Duff was present to groom on the day.

The Bennettsbridge community is immensely proud of Aisling Dwan and her performance at the Dublin Horse Show. A daughter of John and Patricia Dwan, the family has always been involved in horses. As for Aisling’s special day, her mother summed up the occasion quite nicely.

Proud
“We are extremely proud of Aisling on her journey to the RDS with One for Arthur and the numerous shows she won along the way,” she said. “She performed impeccably, and while not in the ribbons, the day was the experience of a lifetime. In Aisling’s own words, ‘Arthur is our star’.

The story has come full circle with the return of Arthur to Ballyreddin Stud after 12 years. The Dwan family was proud and delighted that all connections travelled especially for the event to show their support for Aisling.