RACING: Your guide to day three of Royal Ascot 2022 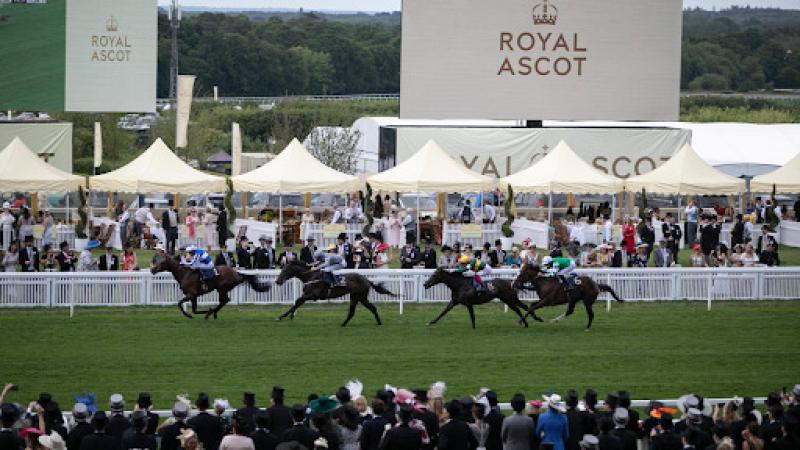 RACING: Your guide to day three of Royal Ascot 2022

Day three of Royal Ascot sees one of the highlights of the meeting take centre-stage with the running of the Gold Cup.

Thursday’s action once again gets underway at 2.30pm and concludes at 6.10pm. The going is set to be Good to Firm and the weather is cloudy. We have previewed the action with our race by race guide and recommend checking out the latest odds at Betfair

Walbank is respected having bolted up by seven lengths at York last time out and is firmly in the could be anything category. However, The Antarctic is a full-brother to Battaash and he has looked every inch a superstar with two smooth victories at Tipperary and Naas so far in his career and he should be tough to beat.

Secret State chases a hat-trick and deserves plenty of respect along with the ultra-progressive Israr and Mandobi. However, Newfoundland is a full-brother to the brilliant Snowfall and finally opened his account at Navan in May. He looked to relish the step up in trip there and is open to stacks more improvement going forward.

Life Of Dreams is deeply respected having finished a fine second in the Musidora, bur preference is for Sea Silk Road. Successful in both of her starts this term, she impressed when powering to victory in a Listed event at Goodwood last time out.

Stradivarius is of course respected as he chases a fourth win in the Gold Cup, but age does look to be catching up with him. He won the Yorkshire Cup last time out, but could be vulnerable to some younger legs. Trueshan would of course be a serious player, but ground conditions are likely going to be too quick for him. Princess Zoe was a smart winner of the Sagaro Stakes, but ready preference is for Kyprios. The four-year-old has won the Vintage Crop and Saval Beg in impressive style so far this year and he gives the impression nthat he will relish the step up in trip for this assignment.

Whoputfiftyinyou is deeply respected given he remains unbeaten for Clive Cox and he won in good style at Haydock last time out. Godolphin have two fascinating runners in King Of Time and Tranquil Night who are unbeaten this term, whilst Yonafis is also unbeaten as he now switches to turf. However, Her Majesty The Queen has a fascinating runner with Saga. Second at Kempton in April, his run was too bad to be true when sixth at Ascot on his first start in handicap company and he remains interesting off a mark of 97 and he can fight out the finish with the exciting Bolthole who won smartly at Newmarket last time out.

The unexposed Claymore is clearly open to more improvement, but preference is for Her Majesty The Queen’s Reach For The Moon. Winner of the Solario Stakes last term, he returned to action when second in the Heron Stakes at Sandown in May and couild undoubtedly be the class act in this event.

Selection: Reach For The Moon

Montassib is a fascinating runner having won all three of his starts, but preference is for Vafortino. He impressed when landing the Victoria Cup on his second start for Kevin Phillipart De Foy and he is taken to win again in the finale.