Markers fly at the Pembroke 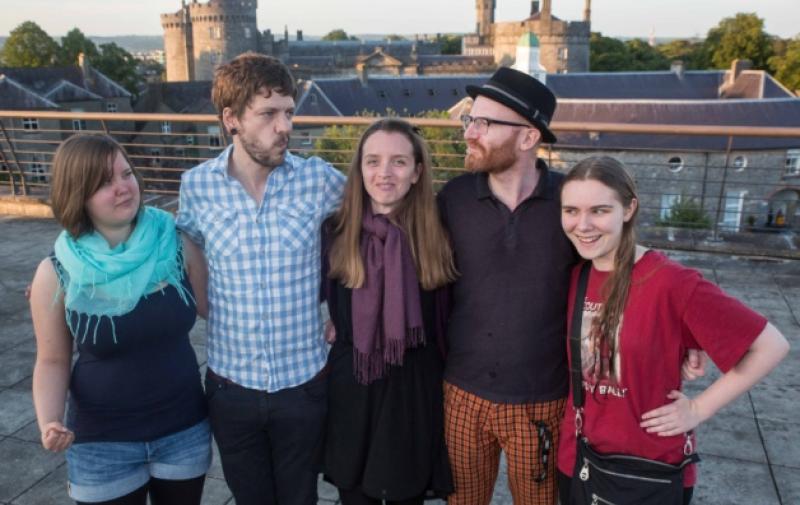 MARKERS were poised as local artists Mick Minogue and Steve McCarthy stood in front of a blank canvas ready to take on the collective might of Oscar-nominated Cartoon Saloon.

MARKERS were poised as local artists Mick Minogue and Steve McCarthy stood in front of a blank canvas ready to take on the collective might of Oscar-nominated Cartoon Saloon.

The location was the stunning roof top terrace on the top floor of the Pembroke Hotel - a gritty, industrial-like space on the inside and a terrace that boasts the best views of the city.

The theme was Heaven versus Hell and Mick Minogue and McCarthy were massively outnumbered by the Salooners who had an impressive presence on the night led by Tomm Moore and Paul Young. Other long term Salooners Fabian Erlinghauser and Jean Baptiste Vendamme were also there to partake in the battle and were joined by newer crew members at the studio which is currently in production for their latest feature film, Song of the Sea.

The event was one of the highlights of the Ideate Festival - which was held as part of The Gathering and to mark the 50th Anniversary of the establishment of Kilkenny Design Workshops.

After almost three hours of drawing which saw a multitude and mish mash of designs produced, it was time to decide. The crowd who were entranced by the artists’ energy and enthusiasm were asked take a step into the dark recesses of hell or the bright lights of heaven. It was neck to neck and in keeping with the spirit of the evening it was announced that there would be a dance-off between Mick Minogue and Paul Young with the ever-popular Kilo playing the tunes. In the the end both sides emerged winners with everyone in agreement that a fantastic piece of original artwork had been created by some of the city’s finest artists.