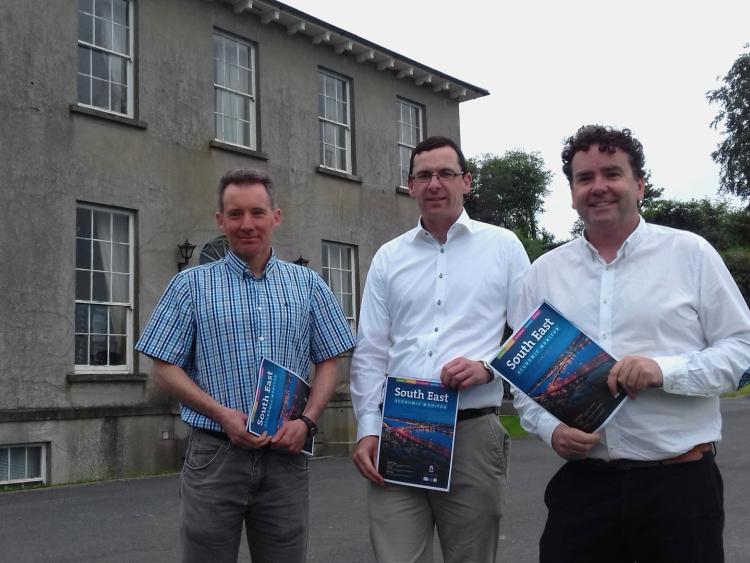 Kilkenny is in a state of relative economic decline while the rest of the country shows continued signs of growth, according to a new report from the South East Economic Monitor.

Most of the key economic indicators show that the south east region is growing, but much more slowly than the State and the other eight regions of Ireland. The annual report, published yesterday, has been prepared by academic faculty in the Waterford Institute of Technology (WIT) School of Business: Dr Cormac O’ Keeffe, John Casey and Dr Ray Griffin.

There was a decrease in the Live Register in Kilkenny (18% year-on-year decrease). However, there are serious concerns relating to the lack of high-quality job creation in the county, and Kilkenny continues to receive a less than ample share of IDA jobs.

This means that despite some increases in IDA visits in the last two years and some positive job announcements in 2016, Kilkenny currently has less than one-fifth of the IDA jobs that one would expect based on its population. There is also evidence of low job quality as the returns for taxes on work (PAYE, USC, and self-employed taxes) in Kilkenny are 72% of what one would expect based on population share.

Dr Cormac O’Keeffe, lecturer in Finance and Economics at WIT Business School, says that the national policy approach is focused on the crisis being over but there is still unfinished business in relation to the economic crisis in the south-east.

“The south-east region is home to 10.7% of the national population, yet it is clear there is no plan to turn the regional economy around,” he says.

The region has seen a large drop in unemployment (from 12.5% in Q1 2016 to 9.3%) with 9,900 net new jobs and this is the first time unemployment is below 10% in eight years. However the quality of jobs in the South East is dramatically lower than the national average, and there is no evidence of this improving. This means incomes, disposable income and consumption in the south-east is lower than the rest of the country.

“Low income, low skills jobs are driving the employment growth; it is pretty simple, the good jobs lost in the recession are being replaced by poorer jobs,” said Dr O’ Keeffe.

While there has been a drop in unemployment, the south-east is the only region not meeting the Government’s Action Plan for Jobs target. Lecturer in Strategy at WIT Business School, Dr Ray Griffin, says that the improvement in unemployment masks significant relative economic decline.

“County Kilkenny is part of the only region (of the eight) not meeting Government’s Action Plan for Jobs target (to have regional unemployment less than 1% of national rate). There is very little variation between the counties in the region" he said.

“The government’s Action Plan for Jobs commitment to bring every region’s unemployment rate to within 1% of the national average has been achieved everywhere but the south-east. We cannot see any Government action aimed at closing that gap."

In relation to property, Kilkenny now has an established recovery under way, the number of sales increased over the past four years, but now prices are progressing. Residential rents continue to climb from YoY growth of almost 8% in Kilkenny.

John Casey, lecturer in the Department of Accounting & Economics at WIT notes that nationally it is clear that the agencies charged with economic development, IDA and Enterprise Ireland, are underperforming with regards to the region.

“They now have specific objectives to promote a more regional distribution to their activities, however we do not see any evidence of this in the South East. We can see what these highly effective organisation can do when they put their mind to it. They need to give more support to their regional offices and target this gap in their activities,” he says.