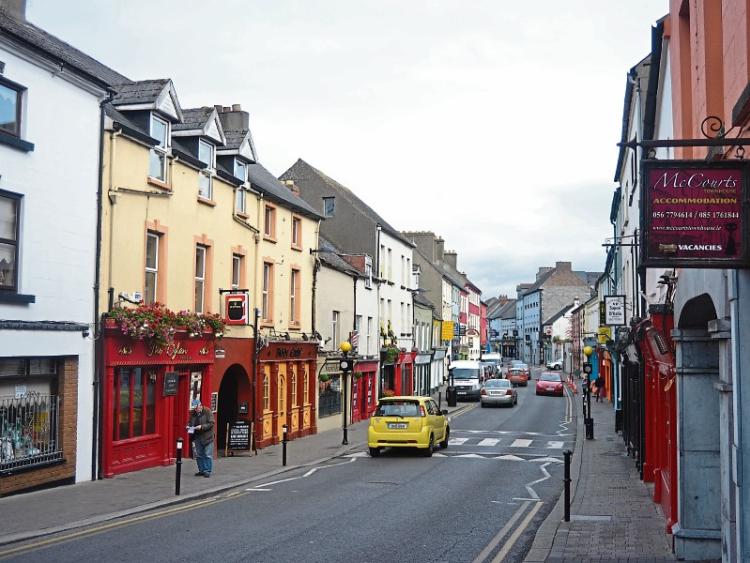 Hotels and guesthouses owners in Kilkenny and across the country have seen an increase in business levels during the first six months of the year, but Brexit is already biting, and numbers from the UK are down.

That's according to the latest quarterly barometer from the Irish Hotels Federation (IHF). As the latest CSO figures show overseas visitors up over 3% to the end of May, the industry survey shows that the domestic market is increasing also with seven in ten (71%) hoteliers saying business levels are up compared to this time last year. Overall, three quarters of hoteliers are reporting increased levels in business year on year.

The strong performance for domestic tourism looks set to continue into the busy summer season. Over two thirds (68%) of hoteliers say bookings are up while six in ten (59%) report that advance bookings for 'staycations' for the remainder of 2017 are up too.

However, Aidan Quirke, chair of the south-east branch of the Irish Hotels Federation, warns that Brexit is already impacting on tourism performance.

“Visitor numbers are up, which is good news and the growth in domestic tourism is particularly encouraging as it extends beyond the traditional tourism hot spots and its impact on local economies can be felt more widely," he said.

"However, the latest CSO figures show a continued fall in UK visitors, our biggest market nationally, which illustrates the fragility of the tourism recovery in Kilkenny.”

Mr Quirke said that many of the consequences of Brexit are largely outside our control, so it is important to mitigate the risks and potential damage where there is some control.

"Continued growth remains a priority for the sector, which is the country’s largest indigenous employer," he said.

"It is achievable but it requires specific actions. Ireland’s competitive tourism offering will certainly help and this is underpinned by important measures as the zero rate travel tax and the 9% tourism VAT rate which brings us into line with other countries in Europe.

“We must also continue to invest in product development and marketing. Enormous strides have already been made in the development of our products and brands including Ireland’s Ancient East, for example. However, the recovery has not been felt to the same extent throughout the county.

"The UK market in particular provides the widest spread of visitors across Ireland and the broadest seasonality.  Nine out of ten (91%) hoteliers nationally believe more needs to be done in terms of regional marketing in particular. Time and time again, Irish tourism has shown itself to be an excellent investment with every euro spent in destination marketing by the state resulting in €34 being spent by visitors in the country.”

The general outlook for the rest of the year appears positive overall. More than half of hoteliers (52%) report increases in advance bookings from the United States, 35% for Germany and 27% for France.  Tourism now supports 3,000 jobs in Kilkenny and contributes some €83 million to the local economy annually.