Team arrived on double-decker bus through streets of city 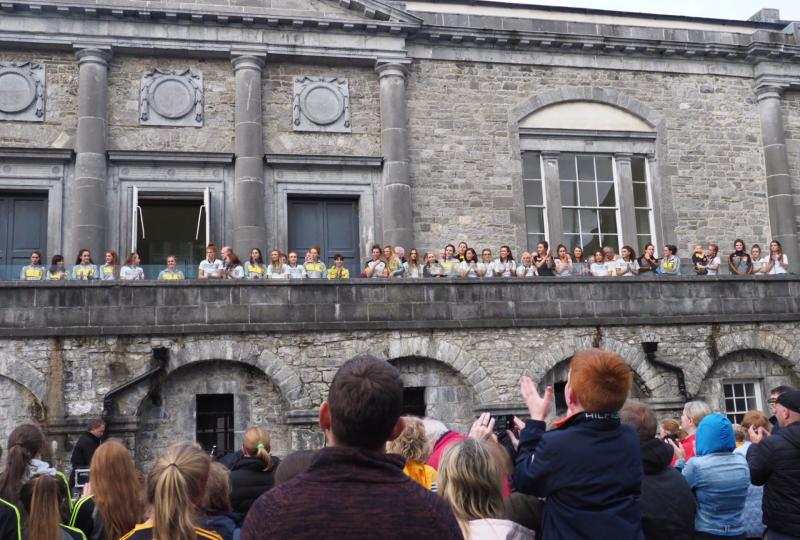 The Kilkenny senior camogie team on the balcony of the courthouse in Kilkenny this evening. Picture: Pat Moore

Hundreds of people defied the inclement weather in Kilkenny City this evening to show their support and welcome home the county's senior camogie team, which narrowly lost out to Cork yesterday in the All-Ireland final.

Loud cheers greeted the team as they arrived at Kilkenny Courthouse by open-top bus, proceeded by a bagpiper and the triumphant under-14 camogie girls. The black and amber flew proudly as the team, fresh from their endeavours against the resurgent Rebels, appeared at the courthouse balcony with manager Ann Downey and camogie chairman Martin Quilty.

Speaking from the balcony, Mayor of Kilkenny Michael Doyle said the team had done Kilkenny proud over numerous years.

"Last year was joy and huge emotion; this year is tinged with disappointment," he said.

"But they can improve and get stronger again from it. There’s plenty of All-Irelands in this team."

He paid tribute to Ann Downey and her management team. 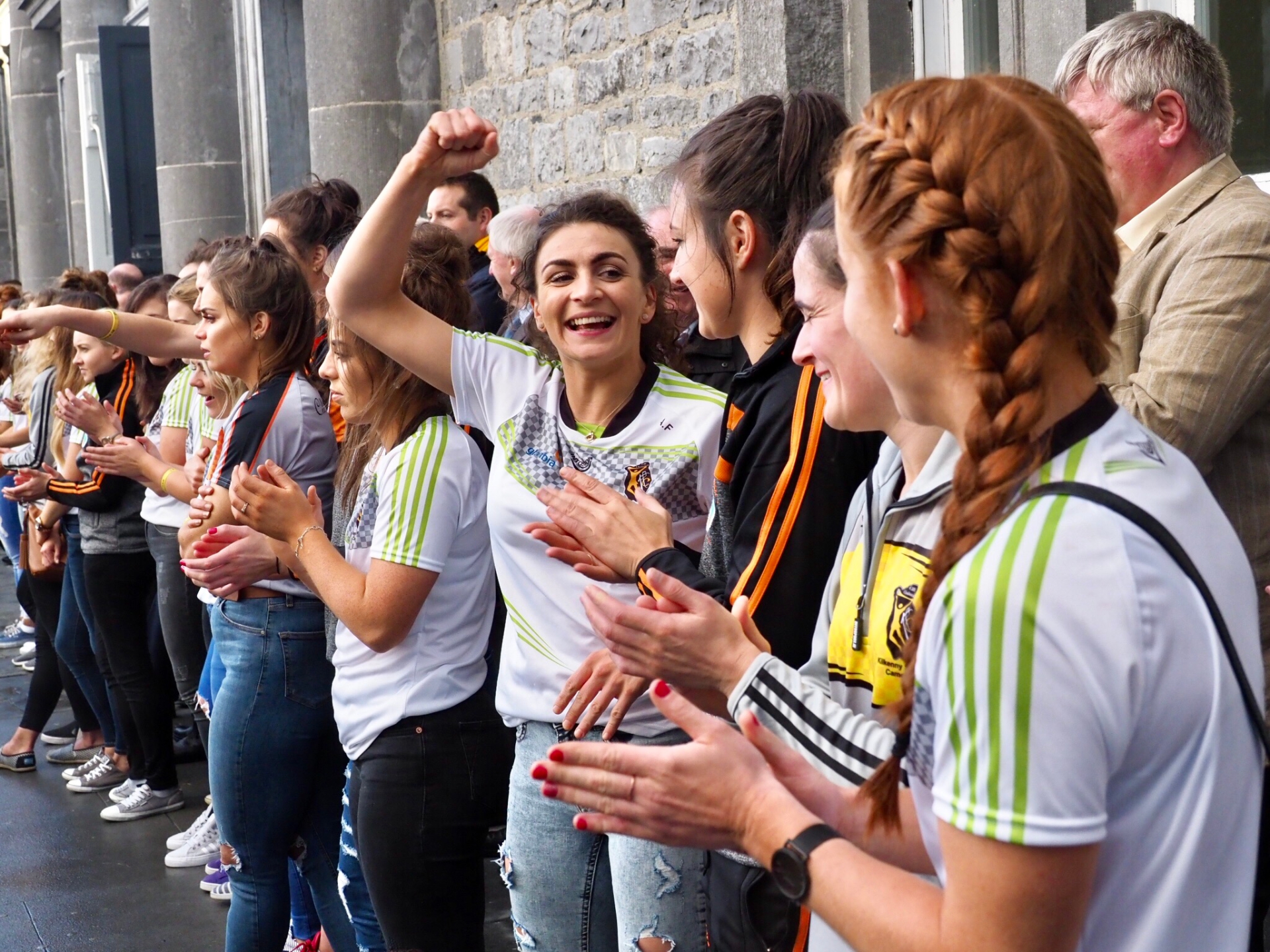 “It’s not easy when you lose, but this bunch of girls will definitely bounce back stronger from the defeat, and they’ll definitely bring home the O’ Duffy Cup in the near future, that’s for sure," he said.

That sentiment was echoed by Mr Quilty, who said they would bounce back from the defeat, and Ms Downey, who thanked the county board, supporters, and everyone who had turned out to welcome the team home.

“I needn’t tell you how devastated we are after yesterday’s result,” she said.

“But I suppose, as they say, what doesn’t kill you will make you stronger. And let me tell you, this bunch of girls will be back with the O’ Duffy Cup soon.”