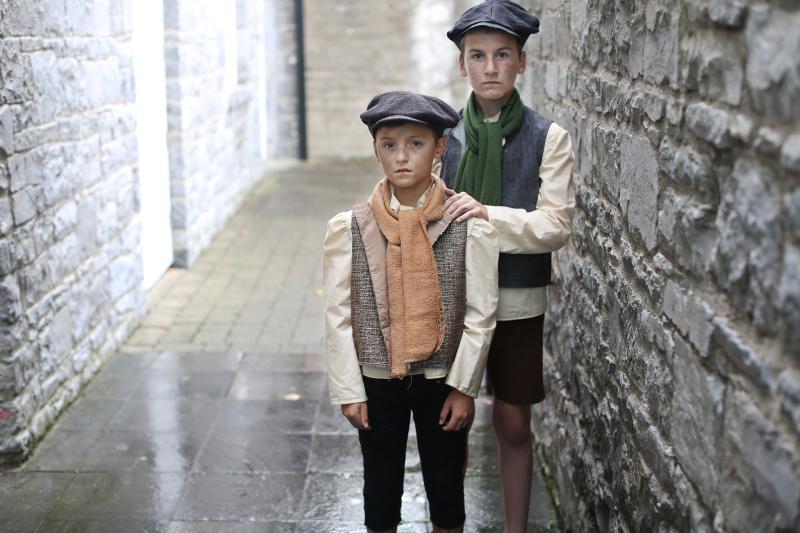 The heart-breaking human stories of 975 Irish Famine Victims are to be explored with a unique new tour experience in Kilkenny, this November.
The Kilkenny Famine Experience will be open to the public from November 8 and, for the first time ever, visitors to the City will have the opportunity  to walk in the footsteps of Irish famine victims.
The free audio visual tour is set on the site of the former Kilkenny Union Workhouse, now MacDonagh Shopping Centre. It tells the human stories behind the Great Irish famine of the 1840's, from the perspective of workhouse inmates and staff.
In 2005, almost 1,000 human remains of women, men and children were unearthed adjacent to the buildings of the former Kilkenny Union Workhouse,  now MacDonagh Shopping Centre. It was described by archaeologists and experts as "the most significant find in the world relating to the Irish  Famine".
It is the biggest mass burial site in Europe belonging to this time, ever to be uncovered and it spurred a series of ground breaking research programmes.
The results offered new insights into the lives of Irish people in the 1840's, one of Ireland's bleakest periods. The Kilkenny Famine Experience has been developed by centre manager Marion Acreman.
Recognising the significance of the historical site and the discoveries, she  has been a pivotal player in preserving the memory of Irish famine victims in Kilkenny.
"We have been giving tours of the Workhouse for many years on an ad-hoc basis. The ability to offer a professional free AV tour is something we have been striving for. The story of the Kilkenny Famine Experience will interest all ages and gives recognition to our ancestors, depicting their struggle to survive in the most harrowing circumstances" says Marion Acreman, MacDonagh Shopping Centre Manager.
Using accounts recorded in local newspapers articles, minute books from the Board of Guardians and osteo-archaeological analysis of the victims, the tour will guide visitors through MacDonagh Junction. They will retrace sites of historical importance which were sensitively transformed during the re-development of the site, including the beautifully preserved Workhouse and Railway buildings.
>The final stop on the Kilkenny Famine Experience will be the resting place of the Kilkenny famine victims in the Memorial Garden Crypt at MacDonagh Junction, which has been enhanced by a special sculpture, crafted by Ani  Mollereau. The sculpture depicts the story of two young brothers, John and  Patrick Saul who presented at the doors of the Workhouse in 1842 after being  abandoned by their parents on the Dublin docks and were on foot travelling back home to Clonmel.
The fingerprints of almost 1000 historians, researchers, genealogists,  people connected to the Workhouse, the local Kilkenny community and the diaspora, etched in brass plating have been unveiled on the limestone crypt as part of a special year-long community reconnection project. Each  participant has been directly linked to one of the famine victims of Kilkenny Union Workhouse in a bid to remember them as individuals and bring  them back into living memory.
The project has received funding supports from MacDonagh Junction Shopping Centre, Minister Heather Humphreys, Department of Culture, Heritage and The Gaeltacht, Creative Ireland, The Heritage Council and Kilkenny County  Council. The Kilkenny Famine Experience is free and bookings are available from November 8