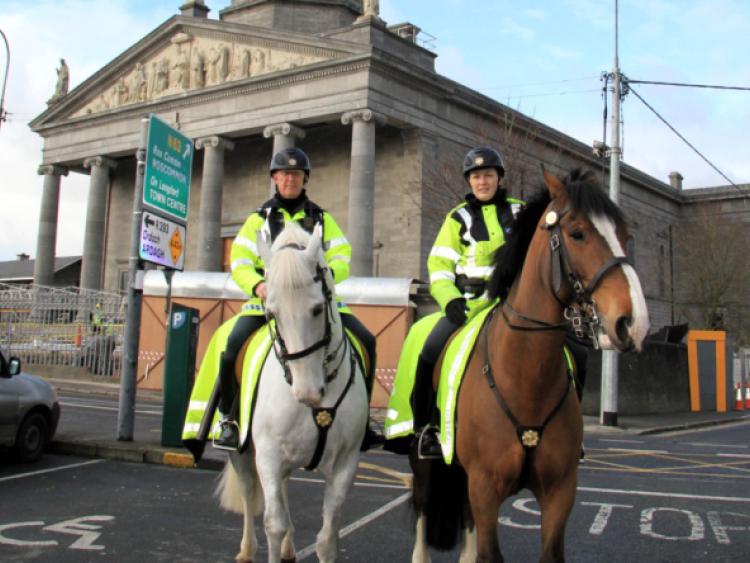 A councillor has queried whether a mounted unit would be suitable for Kilkenny on weekend nights to prevent anti-social behaviour.

He asked:“Mounted police is a brilliant deterrent. I’ve seen it working in the UK too. Is that practical? It would be a distraction too to stop people from fighting.”

“It’s probably a fairytale,” he added. Members were given a presentation on a safer-socialising strategy in the City in order to attain Purple Flag status.

Cllr Patrick McKee said fast-food outlets have an important role to play in the plan as well as that’s where a lot of issues arise when they’re “jam-packed”.

He said: “People are skipping queues and littering and the rubbish is left to be cleaned up by the local authorities. The fast-food outlets need to be involved.”

As regards the plan for Gardaí to police those that arrive into the City off buses, Cllr Maurice Shortall said it may not be practical for bus drivers to handle drunk people told to get back on the coach by Gardaí.

But he added that as time goes on there “might be an alternative found” to deal with the issue.