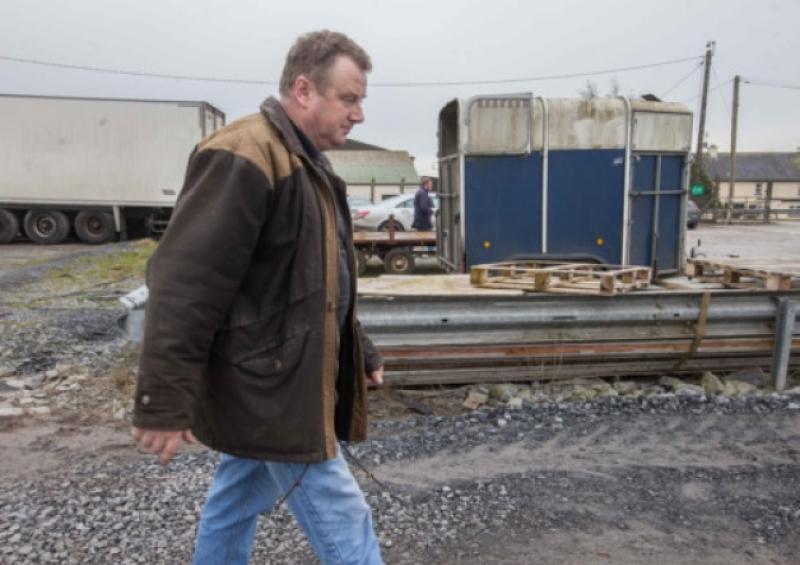 THERE was plenty of activity at the Thomastown plant of horsemeat scandal-stricken company B&F Meats last Thursday, with a number of workers spotted on site – including both directors John Barron and Ted Farrell.

THERE was plenty of activity at the Thomastown plant of horsemeat scandal-stricken company B&F Meats last Thursday, with a number of workers spotted on site – including both directors John Barron and Ted Farrell.

The pair, alerted to the media presence by security and an extensive CCTV system, arrived out within a minute to accost myself and a photographer. They repeatedly refused to answer any questions regarding the scandal and demanded we leave immediately.

The plant has reportedly been out of action since last August due to a fire – although local fire services have no record of the blaze.

Late last week, the company’s Carrick-on-Suir plant resumed operations after the Department of Agriculture said it was unable to prevent it from doing so. The plant was previously exposed as labelling horsemeat as ‘beef’ for export to the Czech Republic.

The question of taking legal proceedings is now under ‘active consideration’ by the Gardai and the Department.

“As previously stated, the minister is very unhappy at the false labelling that has taken place at B&F meats,” said a Department spokesperson.

“However, B&F Meats have now complied with all the requirements of the Compliance Notice served on the company and department is not in a position to prevent the company resuming business. The company will however from now on be subject to more stringent official controls having regard to the recent incident.”

The Department is also investigating the circumstances surrounding the fire at the Thomastown plant, which is reported to have happened in August of last year. The plant is said to have not been in use  since this date.

However, speaking to the Kilkenny People last week, local fire services revealed that they have no record of attending any such blaze. It has been confirmed that the future of both B&F Meats facilities will be contingent on the results of the current investigation.

“The Department were notified of a fire at the Thomastown plant on 27th August 2012,” reads a statment from the Department of Agriculture.