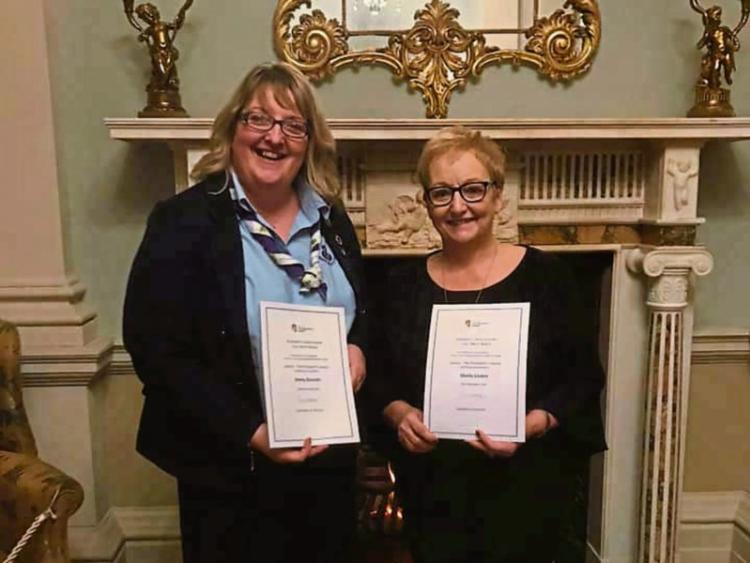 The Minister for Children, Roderic O’Gorman has appointed Kilkenny native Jenny Gannon to a prestigious role on the Gaisce – President’s Award Council.

Jenny received a National Civic Merit Award for her contribution to volunteering with young people as a President’s Award Leader in 2019 at a ceremony at Farmleigh House.

Jenny's day job is that of a national school teacher in Scoil Mhuire, Newbridge but she "is more likely to be seen in Croke Park wearing the black and amber rather than any shade of Lilly White" confirms father, Michael.

She joined the local ‘Brownies’ aged six and is now the National Programme and Training Commissioner of Irish Girl Guides.

The last representative of the Irish Girl Guides on the Gaisce Council was former Senator Jillian Van Turnhout.

Welcoming the new appointment to the Gaisce Council, which also features President Michael D. Higgins appointees Justin McAleese and Dublin GAA star Philly McMahon, Yvonne McKenna CEO of Gaisce said:“We are incredibly lucky with calibre of Council members supporting the work of Gaisce, and we’re delighted to have Jenny on board as we celebrate Gaisce’s 35th Anniversary.

Claire Barkey, CEO of Irish Girl Guides, said: “Gaisce and Irish Girl Guides have a great working partnership, and we are delighted that Jenny Gannon, a valued leader and national volunteer, is going to part of the Gaisce Council. We look forward to supporting her in her new role.”

Jenny Gannon said: "I believe in the incredible spirit of our young people in Ireland and all that they can achieve to make this country a better place for generations to come. Having worked with multiple different non-government organisations in the voluntary sector for over twenty years, I bring the perspective of practitioner to my position on the Gaisce Council.

"Through my involvement in the Irish Girl Guides, I have had the privilege of seeing numerous young women work on and achieve their Gaisce award and no matter which level the attained - bronze, silver or gold - the experience has been a transformative one in some way for them. They have grown in confidence and self-belief, increased their skill level and oftentimes developed a new interest that they take with them into later life."