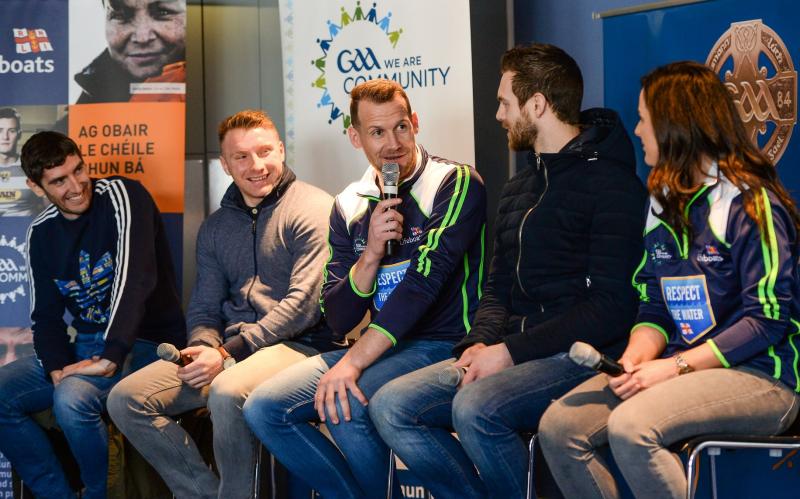 Former Kilkenny hurler Jackie Tyrrell has joined a host of well-known GAA people who have given their backing to the RNLI’s summer water safety campaign by producing their own home video messages with important water safety advice.

The videos are part of the partnership between the RNLI and the GAA to prevent drowning and save lives.

Each video features a water safety message and includes the charity’s ‘Float to Live’ message, how to raise the alarm if you see someone in trouble, carrying a means of calling for help, leaving inflatables at home and always telling someone where you are going.

Jackie’s home video message asks people to know how to raise the alarm if they see someone in trouble in the water.

Calling 999 or 112 and asking for the Coast Guard if you suspect someone is in difficulty on the water could save a life.

Commenting on his involvement in the video Jackie said he was delighted to be involved with the RNLI on their GAA partnership.

Driver caught travelling at dangerous speed on M9 in Kilkenny

"I’ve been involved with this partnership from the start and it’s being wonderful to see the charity reach out to clubs and communities with their water safety advice and messaging," Tyrrell explains.

"Water safety isn’t just about our coastline and our beaches but also our rivers and lakes inland. Many of us plan to spend a bit of time near the water this summer but how many of us know the basic water safety advice we need for our activity.

"These small homemade videos that we made only take a second to share but they could be the second that saves life."

The RNLI and the GAA will be sharing the videos online and hope that people will in turn share them among their own friends and family.

This summer is already looking to be one of the busiest for lifeboat crews and the charity is asking people to be aware of the potential dangers involved in their chosen water activities.

Send your old photos to "news@kilkennypeople.ie" if you'd like them featured in our series!
ADVERTISEMENT - CONTINUE READING BELOW