Brian Kenealy - A life in print 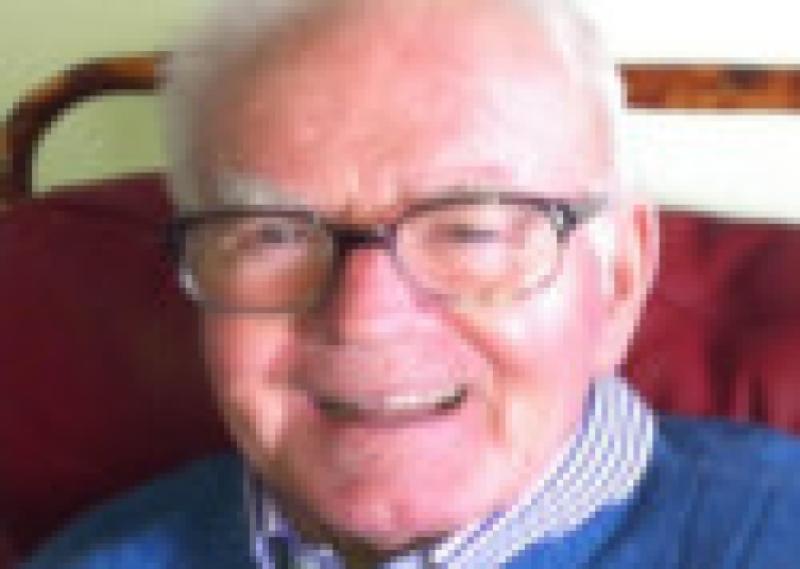 Born in 1933, he grew up on Patrick Street where both his parents had grown up. He went to primary school in CBS and on to St, Kieran’s College where he had fond memories of being one of the small minority of Day Boys. Brian was above all a proud Kilkenny man and received the Freedom of Kilkenny City with his late brothers Con and Louis.

He served his time as an apprentice linotype operator in Dublin and Stratford, England before settling in Kilkenny as printer and later as manager in the family business, The Kilkenny Journal. He ran a very successful commercial printing business after the newspaper closed in 1965 until the printing business closed in 1984 when a wave of change hit the industry. He was very proud of the tradition of the Kenealys in the Kilkenny Journal especially his great-grandfather, William Kenealy who was editor in the mid-19th century.

Brian was very active in the business and served as president of Kilkenny Junior Chamber of Commerce and as chair of Share if you Care and John of God primary school Board of Management. He finished his career with 14 years as a manager in Rehab Packaging, Hebron Road Industrial Estate. He was very keen on athletics from an early age and he fondly recalled going up to Lansdowne Road at the age of 15 to see the Olympians fresh from their triumphs in London. That inspired him to go on and win the 100 yards County Championship in 1952 in Freshford. He loved swimming and was a founding member of the Greenvale Swimming Club who set up the Nore Swim. When his sons were playing rugby, he was a coach at Kilkenny Rugby Club. He was an avid squash player and in later years played golf in Kilkenny Golf Club.

He loved history, politics and current affairs and was known for his animated and witty conversation on the state of the world. His great passion was table quizzes and competed very well on TV shows in the 1980s. He loved classical music but his favourites were the Gilbert and Sullivan Light Operas. He was a showman who loved the stage. He was the last person to sing in The Kilkenny Theatre (Stallards) on Patrick Street. As the lights went down on the last night he sang his signature tune - The Moon behind the Hill.

Brian’s family wish to extend their sincere thanks to all the staff and management at Drakelands Nursing home where Brian spent the last seven months of his life. End of life is not an easy time but everyone there cared for him with such love. They wish to thank everyone who showed such kindness and sympathy in so many ways at the time of Brian’s death. He is sadly missed by his wife Kathleen; sister Mary; 6 children; 18 grandchildren; 5 great grand children, in-laws, nieces, nephews.