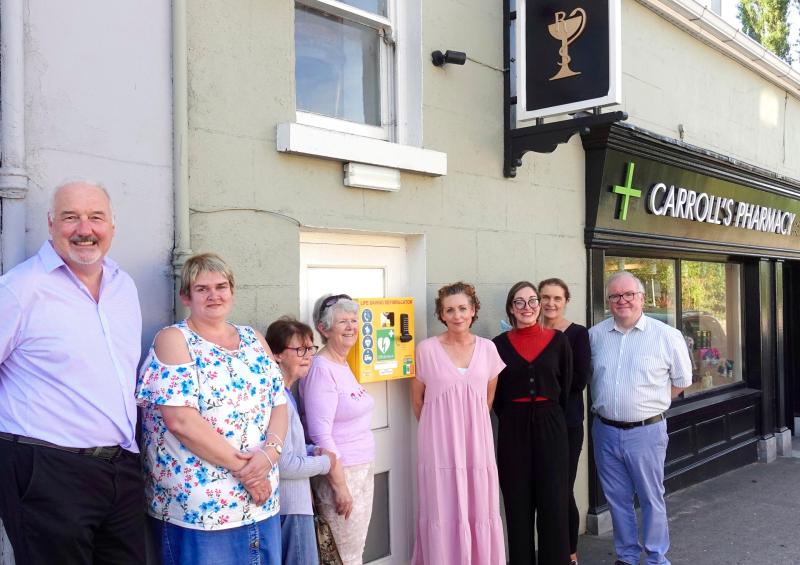 The Acorn Club in Freshford has provided two new defibrillators to benefit the local community.

The new defibrillators were funded from a bequest to the club by the late Gerry O’Reilly, who was co-founder and secretary of the Acorn Club. One defibrillator is located at the Freshford Soccer Club for its benefit and that of Woodview and the surrounding estates.

The second is located at Carroll’s Pharmacy in the centre of the village.

A training programme has also been funded by the Acorn Club to train 12 persons in the use of the defibrillators. The training took place yesterday (Tuesday) at the Community Hall in Threecastles.

The club has already supported Prague House and is actively involved in the funding of projects at St Lachtain’s Church and Heritage Centre and St Lachtain’s National School.

The club also contributed €2,000 to Freshford Heritage and development towards the resurfacing of the pathway in the Millennium Park.