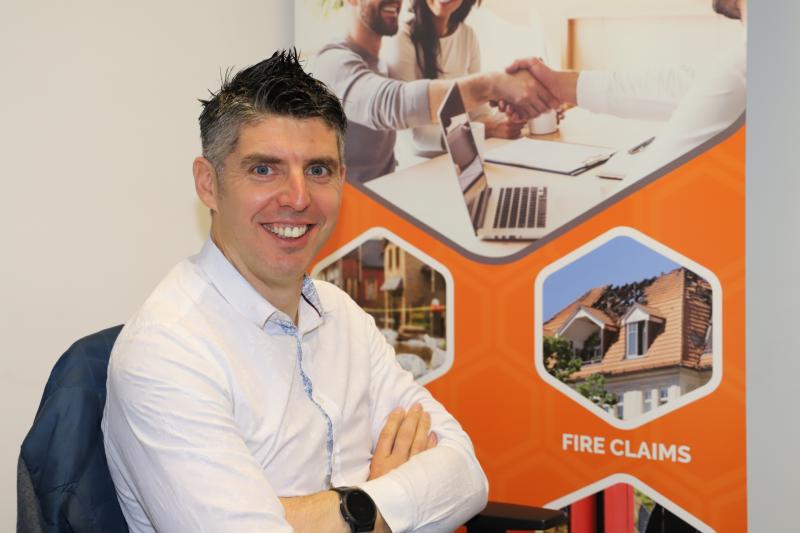 A Kilkenny public loss assessor has urged homeowners to protect their homes against property damage over the holidays, offering tips to prevent insurance claims in December.

Sean Manicle, principal at Manicle Property Insurance Claims (MPIC) says the most common types of damage clients experience in their homes or business can include fire, flood, burst pipes and oil damage, impact from vehicles, accidental damage or malicious damage.

This week, storm damage claims are being made following the impact of Storm Barra.

Sean has received several calls from home and business owners whose properties have been impacted by the storm.

“The storm appears to have only caused minor damage in County Kilkenny, but around the country it has resulted in a lot of homes and farm sheds being damaged by water, wind or fallen trees,” he says.

However, Sean says homeowners should also take care when leaving the house over the festive period.

“If you are leaving the house unoccupied for an extended period, turn off the water at the main supply point and drain the system.

“If you have young children, like mine, who are sometimes susceptible to leaving on taps, make sure that all taps they use are turned off before leaving the house,” he says. He has seen several homes flooded due to these incidents.

“If you have an alarm, make sure it is visible and it’s set when leaving the house over the festive period. This may be enough of a deterrent to thieves to keep them from attempting to enter your home.”

And with trees and lights adorning homes now, decorations should also be inspected.

“Do not use outdoor lighting inside your home, switch off your lights when unattended and never overload a plug socket,” Sean says.

“Ensure candles don’t pose a fire risk by being too close to anything that could catch fire and ensure that all burning candles are in appropriate heat resistant holders and on a heat resistant surface.”

Unfortunately, burglary claims are common during December but there are some precautions you can take to avoid unwanted visitors.

“A well-lit home is a deterrent for thieves at this time of year when there are often a lot more valuables in people’s homes. Consider a timer switch for your internal lights and investing in external motion-sensor lights,” Sean says, adding that thieves will also be attracted to items such as new bicycles, which should be locked securely to avoid being stolen.

Manicle Property Insurance Claims is based in Kilkenny City and handles claims across the island of Ireland.

“It’s hard to instinctively know what you should do next when you have damage in your home. If you have property damage, you should take as many photos of the damaged property as you can. Capture every element of it!”

Sean says you should not dispose of any damaged items but should secure your property to mitigate against any further loss.

“Only allow access for necessary emergency works on site. Then contact a public claims assessor to handle the entire claim for you on your behalf,” says Sean, who is a household and commercial claim expert and has been operating MPIC since 2012.

Occurred on N25 at Gaulstown in Glenmore, on evevning of Wednesday, December 1

Merchant’s Shop will host a special retail evening on Thursday, December 16 from 6pm to 9pm with 15% discounts