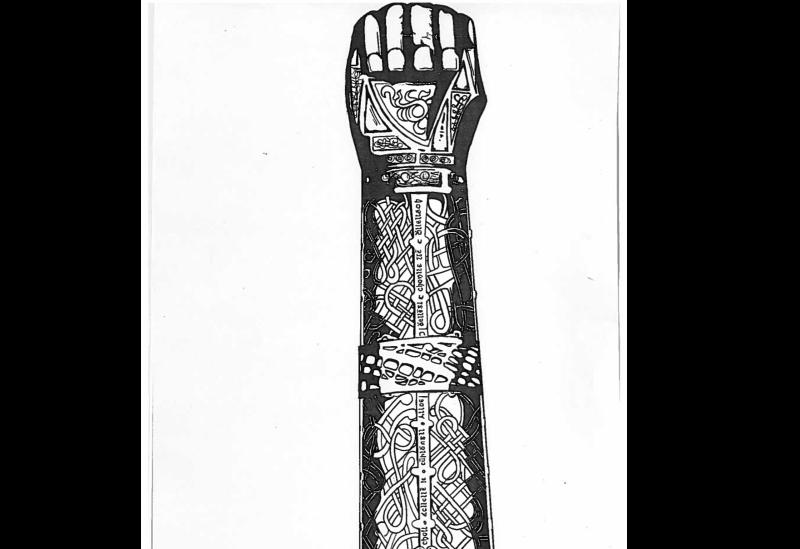 The history of the 12th Century shrine known as St Lachtain’s Arm will be outlined in a lecture to be given at the Church of Ireland in Freshford this week.

The lecture, which will be delivered by Dr Griffin Murray of UCC, will be held on Friday at 7pm.
The shrine is regarded as one of the finest examples of ecclesiastical metalwork from medieval Ireland.

Dated by its inscription to between 1118 and 1121 it is of particular significance because of its decoration and gesture and because it is one of the earliest such shrines from Medieval Europe. It is currently on display in the Treasures of Ireland exhibition at the National Museum in Dublin.

Dr Griffin Murray is a lecturer in the Department of Archaeology at University College Cork where he teaches in the area of museum studies and medieval archaeology. He is a Fellow of the Society of Antiquaries and of the Royal Society of Antiquaries of Ireland. A renowned expert on medieval ecclesiastical metalwork, he has published research on objects such as the Cross of Cong, St Lachtain’s Arm and the Lismore Crosier.

The event is part of the Féile Lachtain celebrations in Freshford, a year-long programme of events and activities to celebrate St Lachtain and the community on the 1400th anniversary of St Lachtain’s death in 622.