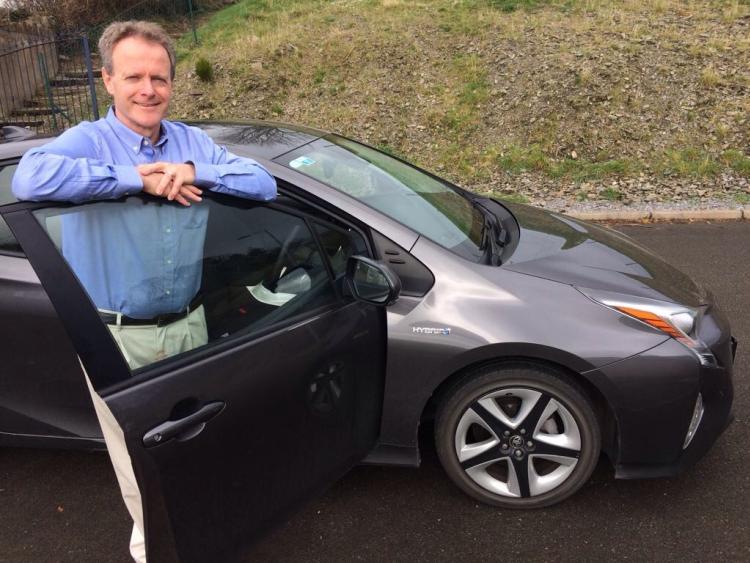 University College Cork (UCC) academics are looking at some of the key areas identified in the Government’s recent Climate Action Plan to ascertain what is feasible.

The Government’s Climate Action Plan essentially proposes the elimination of fossil fuels from Irish life over the next few decades. Is it realistic and is our future all-electric? asks John Hayes, senior lecturer at University College Cork.

One of the great discoveries for humanity was the discovery of the spark and the resulting capability to generate fire and combustion using fossil fuels. We have used those fossil fuels to light and heat our homes, to cook our meals, to generate steam for electricity, and to propel us in our cars and trucks using the internal combustion engine. Fossil fuels have enabled humanity's progress for countless generations. Ireland’s Climate Action Plan envisages that the role of fossil fuel may fade rapidly in one generation, leaving only essential roles for fossil fuel where it cannot be replaced.

Why do we have such a plan and is it realistic? The drivers of the new plan are well established. Much of the public and the government are concerned about carbon emissions, global warming and the related environmental impacts. The Volkswagen diesel-emissions scandal from 2015 has additionally shown that diesel is not the answer for urban transportation, and has elevated toxic emissions as a new public enemy.

Why the new electric age?

The lithium-ion battery was invented in 1979 and has emerged as a revolutionary technology over the past 40 years, initially giving us compact smart phones and computers, and then electric vehicles (EV). Vehicle range has come a long way in a relatively short time and will likely work for many urban and suburban drivers, and even many rural drivers. The first benefit is that the EV has no local toxic emissions. The second benefit is that Irish carbon emissions can be reduced as the EVs on the electrical grid will absorb the vast amounts of renewable energy planned for the future.  Thus, the Irish electrical grid can become greener and reduce the national carbon footprint by using more Irish renewables. The use of fossil fuels will obviously be correspondingly reduced. The third benefit is that EVs are more efficient, allowing them to travel longer and use less energy. Thus, the electrification of transport will continue unabated in vehicles ranging from scooters to cars to heavy-goods vehicles to aircraft. Hybrid EVs are beneficial because they combine the efficiency of the battery EV with the range of fossil-fuel vehicles.

Cost, material sourcing, carbon footprint, lifetime, recyclability and disposal are all challenges for the lithium-ion battery which will have to be met in the next decade. Battery manufacturing, from mining to disposal, will have to become far greener to lessen the detrimental environmental impacts.

The first Irish government plan for electric vehicles from 2008 promised 200,000 vehicles by 2020. This was obviously pie-in-the-sky planning: the actual number is about 95 % less at 10,000, but that is a good number for the first decade of a new technology. The new plan cites almost one million EVs by 2030. While this continues the government's wishful approach from 2008 by taking the first number and more than quadrupling it, advances in the technology and changes in societal attitudes suggest that there will be a very significant number of EVs on Irish roads over the next decade.

For many drivers, the cost of a large battery EV will be unaffordable, and so, smaller battery, hybrid-electric, or plug-in hybrid-electric vehicles, or car sharing may be less expensive options… if they can afford to change from a conventional vehicle. In the meantime, cost will remain a serious factor. EVs are currently highly subsidised and incentivised. Yet the EV companies, such as Tesla, continuously lose money. However, Tesla is expanding its production and remains on its transformative mission. In America, Europe and Asia, the traditional companies are also investing heavily in electrification and  autonomous driving, but need the hard cash from selling fossil-fuel vehicles  to continue to do so.

Significant government support will be required for quite some time. Of course, this will all run into the economic and population headwinds. Demands for expansion of housing, transportation and public services are challenging us financially and societally, while at the same time these expansions are fuelling the consumption of natural resources and the emission of carbon. Additionally, the shift from fossil-fuel vehicles to EVs will create budget shortfalls for the government running into billions annually. Our highly-indebted country will have to find the taxes elsewhere from the unhappy public, while also continuing to invest in a greener electrical grid, better-insulated homes, and climate mitigation strategies, such as flood control.

The key lesson from our diesel experiment

In Ireland, the surge in used diesel imports from the UK will make it more difficult to wean the public off diesel. The chaos swirling around the role of the diesel engine in Irish society cautions against being excessively reactive in harnessing technology for perceived environmental benefit; the diesel revolution being fostered in the green politics from the 2000s. The challenge is to make sure that the change is supported by science, public education, and realistic foresight. One big lesson of the diesel scandal is that it has demonstrated, for better or worse, that government policy can shift the buying habits of the public.

From the discussion so far, you can read that there is no simple answer to the question in the title. I firmly believe that EVs are of the utmost importance in solving the Climate Action puzzle. However, significant consideration needs to be put into creating a realistic policy. Many of the technologies mentioned in the government plan will come to dominate with cleaner air and reduced emissions. However, it will all take time for costs to fall and society to adapt. It will be less a startling revolution than a slow-rolling evolution which will play out over the next few decades. While Ireland is only a very small part of a very big planet, change can indeed happen. We should remember the words of the great technology innovator Nicola Tesla, for whom the car company is named:

“The spread of civilisation may be likened to a fire; first, a feeble spark, next a flickering flame, then a mighty blaze, ever increasing in speed and power”.