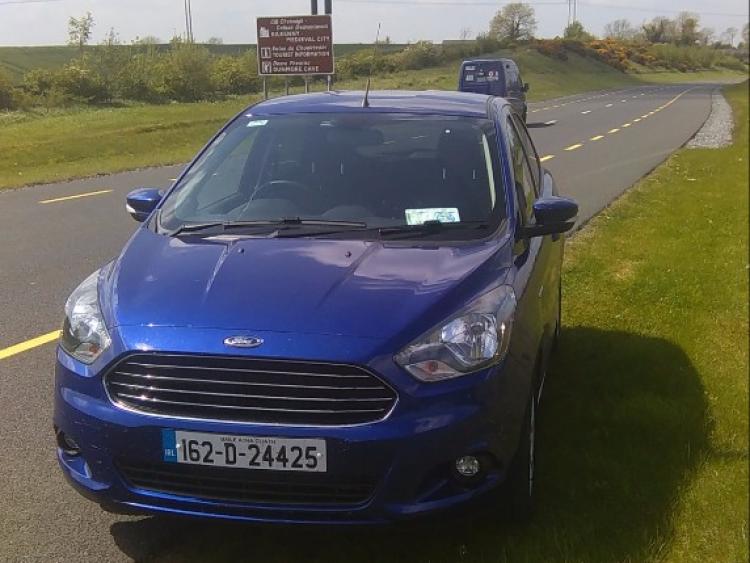 It seems like everyone is growing up and wants to be bigger these times.
Cars that is, not the human species, although that is happening too despite warnings and pleas for restraint from the medical world.
A few weeks ago we were introduced to the bigger Kia Picanto. Last week it was the bigger Nissan Micra.
And then we drove the Ka+, the plus signifying more in terms of the overall package, space in the cabin and boot, not to mention the ever growing list of features aimed at enhancing the general driving experience.
Funky look
When the Ka was first introduced in 1996 it was distinctive and different to be point of being funky, but visually it has retreated to a more mainstream look now.
That's in response to market demands, but Ford's small car that earned a reputation for reliability from day one still delivers on that important front.
The car is offered in two trim levels, Studio and Zetec (see features at bottom), and has an entry level price of €13,050.
Ka+ is built on the platform which underpins its bigger sibling, the Fiesta. In terms of length Ka+ comes in at under four metres, but it is 29mm higher than Fiesta and that helps provide a roomy interior that offers good head and legroom.
Finished to high level
The higher roof allows for higher, more upright seating which in turn helps dig out more space in a cabin that is spacious and airy and finished to a high level with quality materials used.
We have to confess we didn't like the decor of the interior of the test car.
It was a dark charcoal colour scheme with what appeared a minimum of chrome used around the air vents and on the door handles to brighten things up.
Practical the colour scheme might be, but for me it was dull and let down a car that has so much going for it, including a better than good cabin that can accommodate five people.
The boot space extends to 270 litres, and with 60/40 split/folding rear seat backs that can be enhanced substantially.
Throw in 21 stowage locations - the front door bins can hold a 1-litre bottle - and you see Ford are thinking abour your comfort and convenience.
Likewise with the addition of the MyFord Dock feature, which can be used to store, mount and charge mobile devices.
The strong performing 1.2 litre petrol engine features twin independent variable camshaft timing technology to enhance performance, fuel efficiency and cut down emissions.
Strong drive
This is a fine fit to the car, and delivers a strong and ever willing drive.
Consumption wise one didn't get near the upper end figure quoted by Ford, but we were virtually on the button with the middle range figure of 6.3l/100k (44.8mpg).
That was for your every day driving; never thinking in terms of consumption or whatever. We simply got on with life.
The ride was composed and refined, and on top of the precise steering, one liked the sweet moving 5-speed gearbox. Wind, road and powertrain noises have all been dampened down, which add to the pleasure of the Ka+ experience.
A car with much more to laud than decry, the Ka+ should served the blue oval well, very well.
The car
Ford KA+ Zetec 1.2 litre petrol, 85bhp, 112 Nm, 5-speed manual, 5-door from €14,650; band A3, CO2 emissions g/km 110, fuel consumption (l/100km) 4.8 combined (58.84mpg), 6.3 urban (44.8mpg), 3.9 (72.4mpg) extra urban; max speed 168kpg; 0 to 100km/h in 13.9 seconds.
Spec
Standard features on Ka+ - 15" wheels, power adjusted door mirros, full chrome grille, hill start assist, front fog lights, daytime running lights, audio system with Bluetooth connectivity, 60/40 split rear seats, electronically operated front windows, MyFord Dock, perimeter alarm; additional on Zetec 15" 5x2 spoke alloy wheels, leather trimmed steering wheel, steering wheel radio toggle controls, cruise control including speed limiter, air conditioning, MyKey, Ford CD with Ford SYNC voice control system and AppLink.
Additional options include Driver Assistance Pack which includes rear parking sensors, heated power fold mirrors and rear electrically-operated windows €340; heated front seats with front seat armrest €300; rear privacy glass €150; spare wheel €100 (price with options above €15,540).