'Racheal is on her way, hopefully to safety' - Update on Carlow student's escape from Ukraine 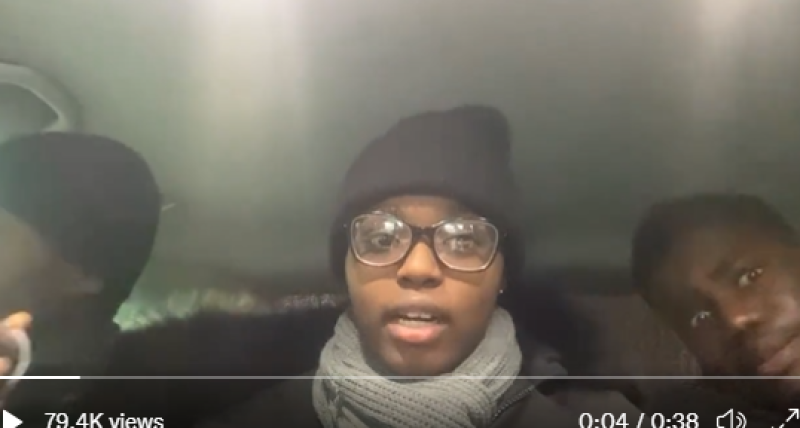 Carlow student Racheal Diyaolu is on her way across Ukraine trying to reach the Polish border and escape the country that was invaded by Russia nearly three weeks ago.

Her sister Christiana appeared on Ireland AM this morning to speak about her sister's journey and the selfless men, Joseph McCarthy and Gary Taylor from Scotland, who went to Ukraine to help people escape.

"Honestly Gary and Joe are amazing people. Three days ago they were strangers to us and now we're depending on them."

Racheal Diyaolu is 'on her way, hopefully to safety'.

Her sister Christiana gives us an update on her situation. pic.twitter.com/lfjHnOhXby

Christiana said that 'things change all the time' and as of today, Racheal and the others are heading to Poland, instead of Moldova which was thought to be where she was heading yesterday.

In the video she explains that they are in the van, a couple of hours out of Sumy and hopes to reach the Polish border sometimes today but says she is doing well.

Cannot stop thinking of the plight of Racheal Diyaolu and her friends Roycee Iloelunachi and Anolajuwon Folarin, who are fleeing Ukraine. The Irish medical student is hoping to reach the Polish border tomorrow. The whole country wants you home pic.twitter.com/Mmb7oKN7aj