Impact of Ukraine invasion on Irish food security to be examined 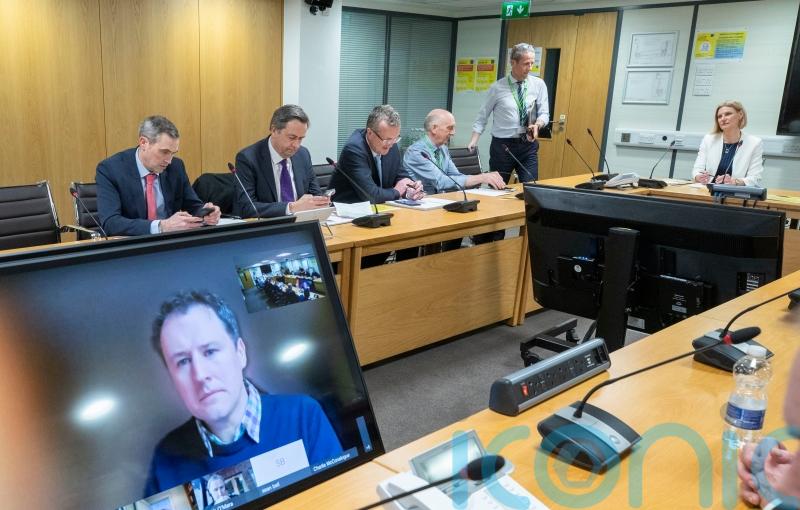 A national committee is to be set up to examine the impact of the invasion of Ukraine on Irish food security.

Minister for Agriculture Charlie McConalogue met with farm organisations and Teagasc to discuss the impact on Irish agriculture and supply chains.

During the meeting, Mr McConalogue and his officials outlined the challenge that faces farmers in the short and long-term with supply chains from the region likely to be disrupted for a period.

They described considerable volumes of both global feed and fertiliser as originating and traded through Ukraine and Russia.

Mr McConalogue said the sector is facing one of the most significant challenges in recent years.

“At times like these, we must take proactive steps to limit any potential disruption to our feed and food supply chains,” he said.

“I know farmers will rise to the challenge and meet it head on. By working collectively and collaboratively, we can ensure that the sector is insulated against the worst of what might come from supply chain disruptions.”

He has tasked Teagasc with heading up a National Fodder and Food Security Committee to explore all options to minimise the impact on farms and plan in the short to medium term.

“Let me be clear, there is urgency to the work of this committee and I tasked them to meet and complete their work without delay,” he said.

“The first meeting of the committee is this Friday and there is a window of opportunity in the next number of weeks to make decisions to help us build resilience. The work of the National Fodder and Food Security Committee is the number one priority in the department.”

The minister will meet members of the fertiliser, grain and importing industries on Wednesday.

Speaking ahead of the meeting, the Irish Farmers’ Association urged that the minister came forward with “real proposals that will increase capacity, not just soundbites”.

The IFA was to present a number of proposals at the meeting.

They called for tackling of input costs – particularly fuel, fertiliser and feed.

However in a statement after the meeting, IFA president Tim Cullinane said that the minister came to the meeting with no proposals.

“We didn’t see any specific proposals required to increase our capacity to produce food. We need real Government action on the price of fuel, fertiliser and feed,” he said.

He said farmers will play their part in any national effort, but the crushing impact of rising input prices has to be addressed.

“At our AGM in January, I called on the minister to pull the sector together to set up a task force on inputs,” he said.

“While the minister has belatedly done this, he needs to come forward with concrete, funded proposals.”