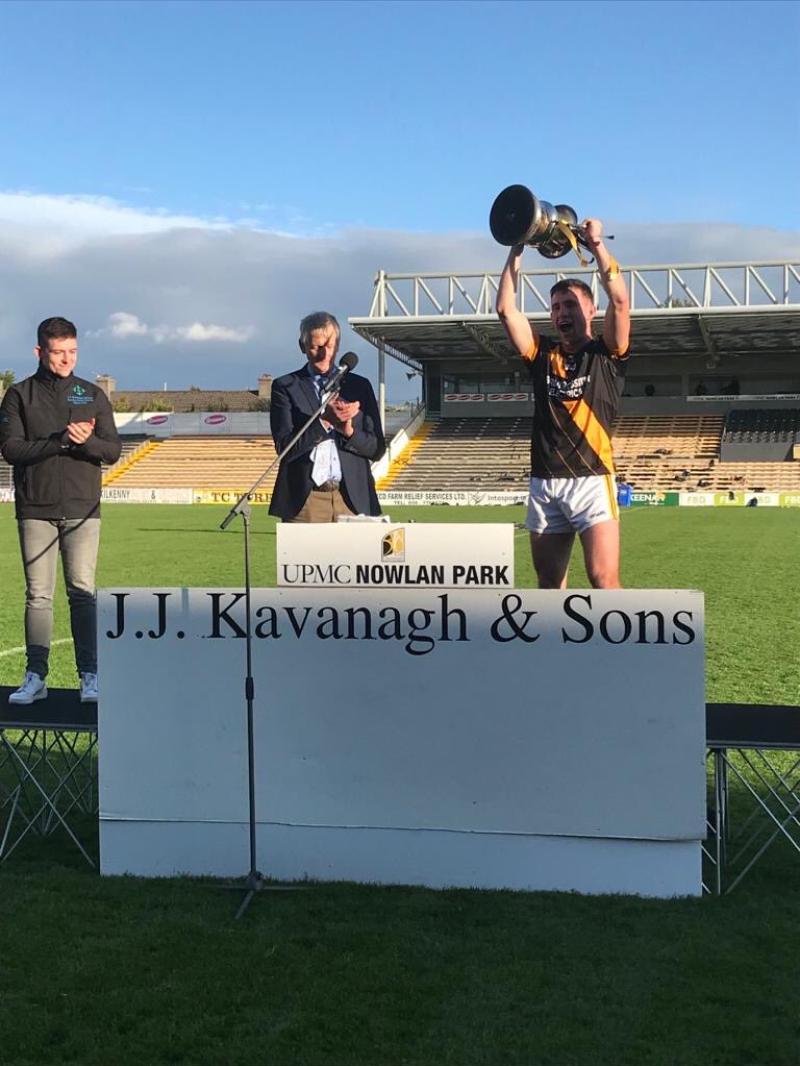 Conahy Shamrocks made up for last year's County Final defeat with a four point extra-time victory over Dicksboro in the Kilkenny Junior Hurling Final at UPC Nowlan Park.

The defending All Ireland Junior Champions made up for a loss at the hands of O'Loughlin Gaels in 2019 with a very composed display to advance to the Intermediate ranks.

A brace of goals from James Bergin helped the goal hungry Conahy based outfit fend off Dicksboro who were looking to gain consolation for last weekend's Senior Final loss.

Conahy Shamrocks looked to be in control when Kieran Mooney and James Bergin netted opening half goals but Dicksboro's second string battled back brilliantly and were leading entering the final few minutes.

A 57th minute Alan Healy point did get Shamrocks out of jail though to force the extra period with the sides level at 0-16 to 2-10.

Dicksboro briefly went ahead again in the added on time but another Bergin goal settled the tie in Shamrocks favour.

A full report on the big game will be in this week's Kilkenny People.