Pil River Park gets under way in south Kilkenny 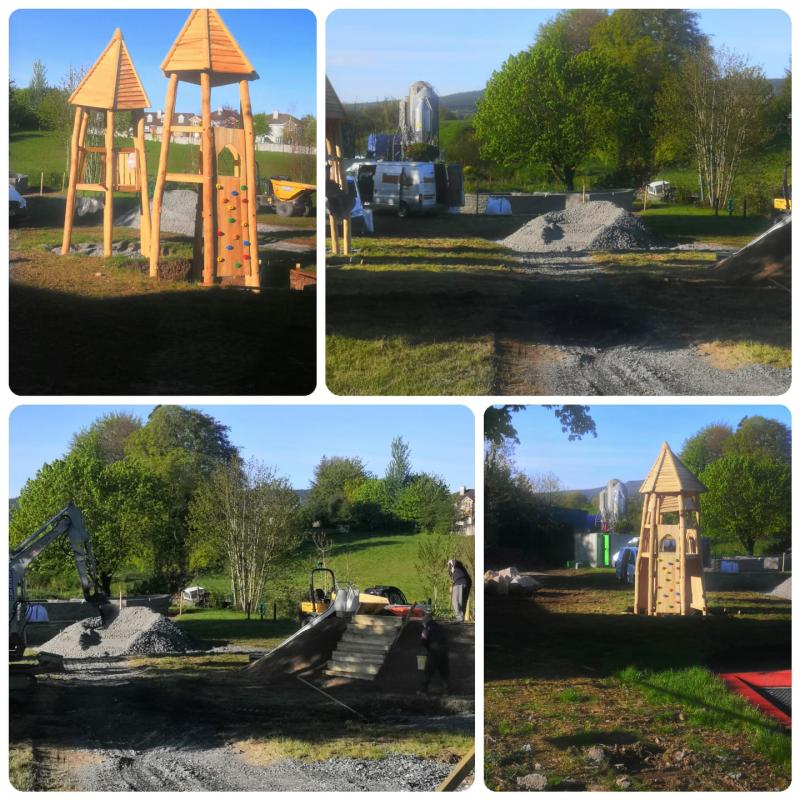 Construction is underway on a long-awaited community park in South Kilkenny.
Builders broke ground on the Pil River Park development in Piltown just before the end of April and already great progress can be seen.

Already the paths have been dug out and some play equipment has been delivered.
The park is the culmination of many years of dedicated work by a local committee who fundraised and planned for the amenity.

When completed the park will be enjoyed by all ages, with play areas for children and peaceful, riverside relaxation for others who can sit in the park and listen to the river flowing by.

Sensory garden
Playground equipment is being installed along with thoughtful planting. As part of the Pil River Park there will be a sensory garden which will include a raised flower bed in the shape of a boat - linking the bank and the river.

The park is being installed on a patch of land in the centre of Piltown known locally as The Deal. It was an old market place and now will return to being a central location where the community can meet each other.

Work on the park was supposed to start last January, but the after-Christmas lockdown delayed the start of the work.
Locals are delighted to see the work get underway. However they are reminded that the park area is now a construction site and for safety reasons nobody should go in there until all work has been completed.

It is hoped the work will be finished by the start of July.
While the committee behind the park would love to hold an official opening they will have to wait and see what the social distancing regulations are like later in the year.

Piltown’s Oskars
Also delayed until society opens up again is a major fundraiser being planned for the park, in conjunction with the local school. Piltown Does The Oskars was ready to go when lockdown came. All the movies are ‘in the can’ but a new date for the big night will be planned later in the year.

In the meantime tickets are still on sale and the money raised will be shared between the park’s sensory garden project and the local school where they are developing a new ASD unit.
The first step in making the park a reality was when the late Johnny O’Shea donated land for the park to the committee. His legacy for generosity will never be forgotten. He also left the committee €50,000 for the park’s development.
The project has been supported by Kilkenny County Council, Leader and the local community.