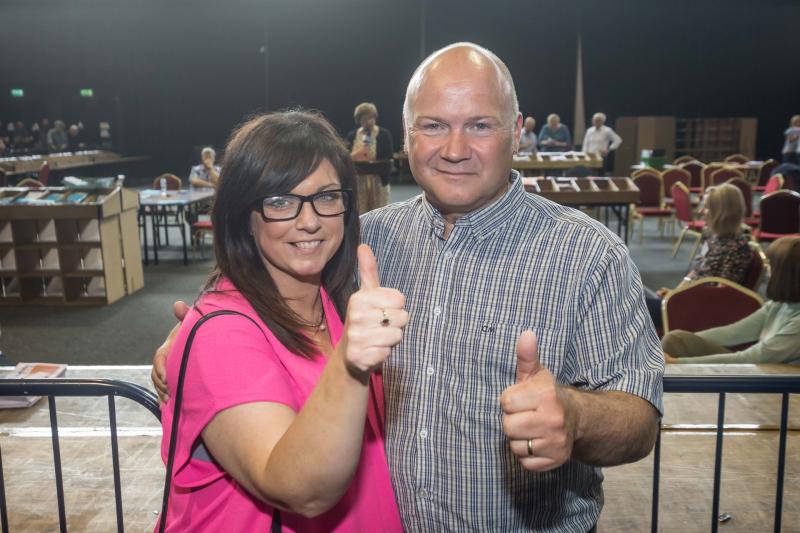 Then-Labour Party candidate Denis Hynes was elected on the fifth count with 1,403 votes to the Castlecomer Electoral area in 2019. Today he announced on radio that he has joined Sinn Fein

The Carlow Kilkenny Labour Party has expressed its disappointment with the decision of Cllr. Denis Hynes to leave the party, and will now work to ensure the party wins back the seat it has held in the Castlecomer electoral area for generations in the next local elections, and that former Cllr Maurice Shortall worked so hard to ensure was retained in 2019.

Cllr Hynes announced this morning that he has left The Labour Party and joined Sinn Féin.

Constituency Chairperson, Seán Ó hArgáin, expressed the disappointment of local members: “Cllr Hynes joined the Labour Party in recent years and was accepted by Labour members, not only as a candidate for the local elections but also in the last General Election. He received the active support of the membership, who canvassed on his behalf. He also received considerable support from our TD's and Senators in dealing with issues at national level.

“In particular, he received huge support from long-standing councillor Maurice Shortall, without which he would not have won the seat that the Labour Party has held for generations.

“Our party will commit ourselves to winning back that seat at the next local elections and to continue to represent the people of the North Kilkenny area as we have done since the foundation of our state.

“The Labour Party has a long and proud history of working for the people of Kilkenny, shaping our community to be a better, kinder, fairer place. We will continue to work to deliver the real change that people need in health, housing and care, rooted in dignity and respect for all in society.”