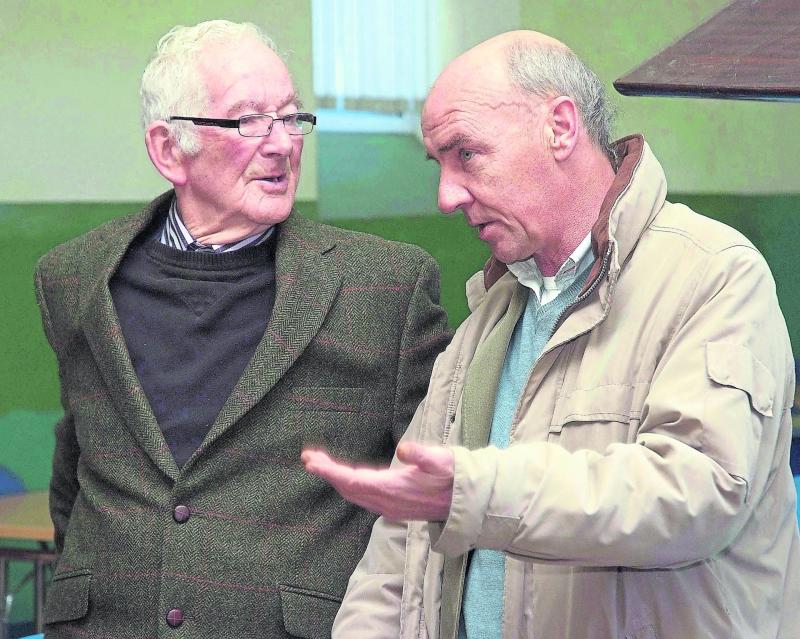 From his retirement in Mahon and McPhillips Con threw himself into working for the welfare of others, particularly children. In an era of hardship and poverty for some children and parents in Kilkenny, when there was nowhere else to turn for lots of parents, many found Con Downey on their door step in their time of greatest need.

Con also famously set up the Sunday Night Bingo in the Butts Green Hall with local women with the objective of creating a support fund for local families in financial hardship. Over twenty years their efforts saw them support hundreds of families or older people in need.

His legendary work, with his wife Gertie, in establishing his Christmas Toy Bank meant hundreds of local children, if not thousands over those years, never went disappointed on Christmas morning. Their cottage in Talbots from mid November became a veritable Santa’s Grotto in every sense of the term as every room filled with toys for distribution in the days before Christmas morning.

How, I often wondered did Gertie manage a household in the weeks before Christmas as their cottage groaned to bursting with mountains of toys? They truly deserved the title of Mr and Mrs Santa Clause to so many children over those many years of their tireless effort on their behalf.

But it was his contribution to my own community, the Butts, a community always closest to his heart and the focus of much of his good works that most impressed me over the many years I observed his work.

His contribution to struggling families with children in Kilkenny was immeasurable and the families helped, countless.

But one of Con’s greatest passions was his belief in education and his belief in its ability to help children and young people break out of the cycle of poverty. Con threw his whole hearted support behind the local effort to establish the Fr. McGrath Family Centre in the old, and at the time derelict, Butts infant school as a support service for children and parents in Kilkenny.

When their first area action plan was established ‘From Three – To university’ it had the key objective of supporting children falling behind in school and working to end the historically high rates of early school leaving in our local estate. The development of this service became Con’s life work for many years and, in partnership with retired St John of God nun, Sr Mary Burke and local volunteers, they helped establish a one to one tutor support for children struggling in school.

While Sr. Mary focused on working with local schools and teachers on a catch up programme for children falling behind Con threw himself into recruiting an army of volunteer tutors to work with the children on the educational one to one tutor catch up
programme they developed.

In its first year 90% of our first volunteer tutors came from two of his favourite haunts – the early morning Black Abbey and Friary church masses. He and many of the dozens of volunteers recruited over the years lived to see the near elimination of early school leaving in the Butts housing community within a decade.

He knew and often got a great kick out of seeing Kilkenny’s more wealthy citizens scarpering across the High Street when they saw him coming as they knew they were going to be pressed into volunteering an hour or two for the Fr McGrath Centre’s children services or opening their wallets.

I had the privilege of his mentorship and social example and couldn’t but be inspired by his ‘we’ll make it happen attitude’ and we will worry about the where the money comes from to keep it going later.

I was one of many teenagers and young man he inspired and whose moral compass he helped developed by watching a tireless and fearless advocate for the less well off at work.

His legacy was not only the immeasurable contribution to the welfare of children and families in the Butts and our City but also in the inspiration he provided to so many –‘that yes’ – there was something you can do about it as individuals. While the Fr. McGrath Centre and the Neighbourhood Hall projects are part of Con’s legacies his real legacy to us was his life’s example in working for the welfare of those most in need.