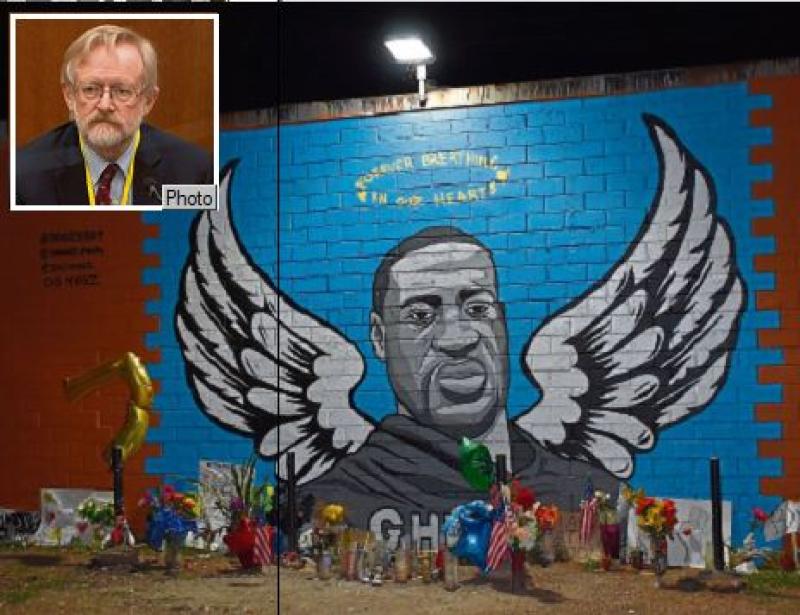 “Take a sip. Cheers. Like they do in Ireland, right?”

The question was asked casually and jovially — the defence attorney trying to establish quick rapport with a prosecution witness ahead of his cross-examination.

Cool and calm, the expert witness finished his sip of water as he sat in the witness box. He smiled and gave a muted ‘yes’.

Dr Martin Tobin, of Freshford, Kilkenny was giving his evidence on Thursday in a US murder trial that has captivated the attention of millions of people. Derek Chauvin, a former Minneapolis police officer accused of killing George Floyd last year, faces manslaughter, second degree murder and third degree murder charges.

The key witness delivered his testimony succinctly and largely free of the alienating, technical jargon that might have lost a layman juror — or indeed, any of those television and online viewers looking on. They were riveted as Dr Tobin gave his assessment of the factors contributing to the death of George Floyd. 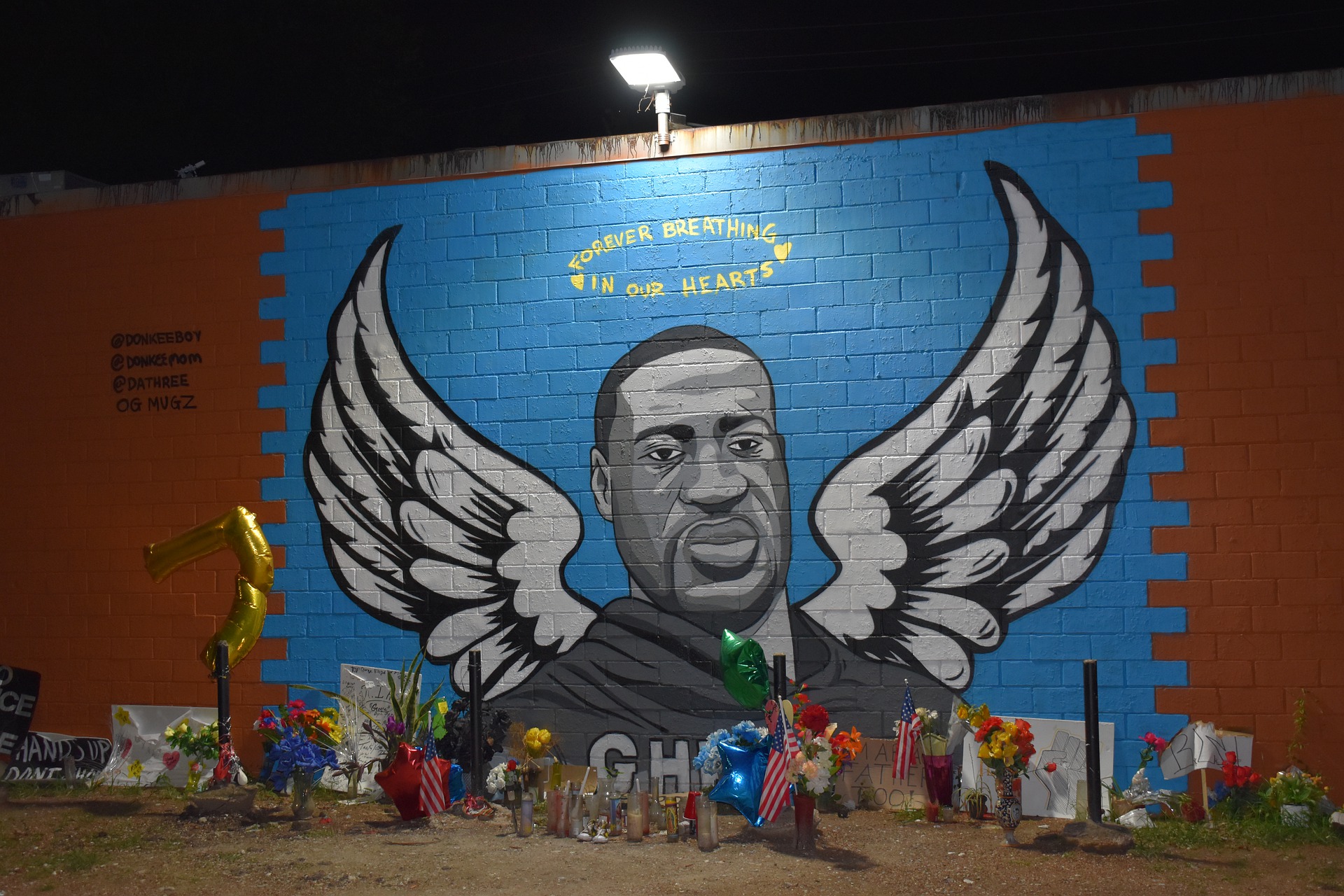 A mural in memory of the late George Floyd. Image by F Muhammad from Pixabay

With the time difference coming into play, some people here described how they had skipped an evening meal or stayed up into the early hours to see the events unfolding in a courtroom hundreds of miles away. As he sat in the witness box, the familiar accent stood out from the other speakers, and made events seem even closer to home.

Following Mr Floyd’s death in 2020, Dr Tobin was asked by the prosecution to review documents and videos depicting the circumstances of the death. Apparently, he watched some of the videos from the day hundreds of times.

Last Thursday, prosecutor Jerry Blackwell had asked Dr Tobin if he had formed an opinion to a reasonable degree of medical certainty on the cause of Mr Floyd’s death. The doctor said that he had - Mr Floyd died from a low level of oxygen. This caused damage to his brain and it also caused an arrhythmia that caused his heart to stop, he said.

In his opinion, Dr Tobin said, the cause of the low level of oxygen was shallow breathing. This, he said, was a result of a combination of his prone position, being in handcuffs, and the knee on the back of his neck. Asked if he was aware of Mr Floyd’s pre-existing health conditions, Dr Tobin said he was.

With video footage, he carefully explained the mechanics of breathing to the jury, and also went through a bird’s eye view graphic of how the events of the day unfolded.

It was expected the Defence would highlight the coroner’s report of the presence of the drug Fentanyl in Mr Floyd’s system. Counting aloud for the jury, he pointed to the rate of breathing as evidenced in video footage, and said the rate appeared normal and not significantly depressed as would be the case were Fentanyl the issue.

He said that Carbon Dioxide levels found in Mr Floyd’s body were consistent with not having taken a breath in nine minutes and 50 seconds by the time medics intubated him. Dr Tobin testified that he did not thinkFentanyl had been a contributing factor in the depression of respiration.

Dr Tobin was this week recalled to the stand as the Prosecution sought further testimony in rebuttal, after another witness yesterday testified that carbon monoxide may have played a role in the death of Mr Floyd.  Dr Tobin said he did not agree with the carboxyhemoglobin proposition put forward by this other witness.

TELEVISED COURTROOM
It’s still somewhat alien to us here, but cameras in courtrooms took off Stateside in the 1990s, with Court TV bringing the likes of the high-profile OJ Simpson trial to the American public. Popularity waned in recent years, but it is undergoing a revival.

Televised proceedings and the high profile nature of the case have resulted in the Derek Chauvin murder trial pulling in a major audience. Millions of people from the US and around the world have been tuning in on Court TV or livestreaming through a digital device. Several cable channels broadcast much of the trial live.

The defendant, Mr Chauvin, decided not to take the stand to give evidence.  The trial continues, with closing arguments to follow.