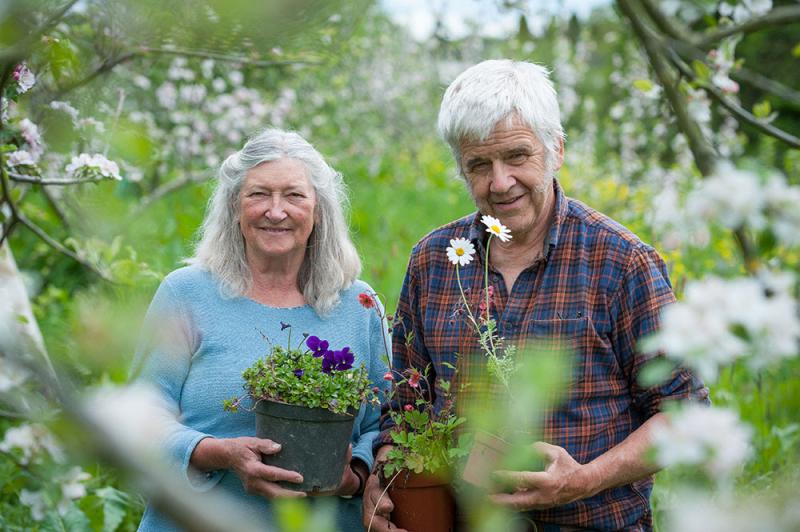 A community is in mourning, today, as they hear the news that Patrick Lydon has passed away.

Tributes to Patrick, who lived in Callan, have poured in since his death, yesterday, Tuesday, January 18. He bravely fought Motor Neurone Disease for some time.

Minister of State Malcolm Noonan said Patrick had led many creative, inclusive and ecological projects in Callan and beyond.

Declan Rice, of KLP, said Patrick was the main driver of a string of community development projects in the Kilkenny region over 40 years. "He was always a man full of ideas, ambition (for community- never himself), generosity, energy and patience: an uncommon combination of virtues."

"Personally, Patrick has certainly been an inspiration to me, and not just in ideas, but in how to deal with adversity and reverse in work and life. I am humbled and proud to have known him and been his friend.

"Ní bheidh a leithéid arís ann: we shall not see his likes again. May he rest in peace," Mr Rice said.

Friends and those who worked with Patrick on many community initiatives also paid tribute to a man they described as a true gentleman, who had a gentle spirit and an ability to listen to and include everyone.

This touching tribute was written by Callan Cllr Joe Lyons:

"Patrick Leydon, Westcourt, passed away this afternoon, leaving a legacy for us all, as an example and an inspiration to continue, for the betterment of this country and each other.

"Patrick arrived at Camphill, Ballytobin in 1979 to a farming way of life involving children with complex special needs. This led to the growth of Camphill and extended to Kyle, Coolagh, and later to Callan Town, The Workhouse and Westcourt. Patrick was the driving force behind these projects, nothing being a problem, while travelling the world fundraising to build on Govt grants and local fundraising events.

"He was the brainchild behind the Art and Study Centre, at the Abbey Meadow, recognised by the Dept of Education and visited by many dignitaries and artists." The centre developed to the KCAT Centre we know today.

"Patrick was an extremely hard worker, gave everything more than 100%, he was a people's person, never held a grudge, saw the best in everyone. Life for him was to make the world better for those around him, particularly those with special needs. Inclusion, for Patrick meant so much, all he wanted was for everyone to be accepted equally.

"A man of the earth, he tended the walled garden at Westcourt every chance he could, with the assistance of various core members of Camphill. You could meet Patrick in the cowhouse milking the cows one day, the next day he would be walking around Boston or New York, fundraising.

"Only last year, Patrick was presented with a special community heritage award by Minister Malcolm Noonan. Later on that summer he was a proud man when Minister Heather Humphries officially opened the Motte Fields walkway, another idea of his.

Patrick was involved in many events and committees outside Camphill, he loved singing and was a member of Callan Parish Choir, he was the founder member of Callan Community Energy, an exciting project to provide and promote energy saving projects to reduce our carbon footprint. Patrick attended the official opening of its first solar power point for electric cars a short few weeks ago.

"There are many people from many countries who worked and lived in the Camphill communities over the years. They brought life and culture to the place, added a cosmopolitan aura and Patrick in turn showed them the skills of gardening, hay making, milking, buttermaking etc. He also regaled them of stories of Irish History, of which he had a great memory of.

"Patrick will be missed by many, his gentle smile, the Boston accent, the bit of baling twine sticking out of his back pocket, the blue truck up and down the streets, but he will be missed mostly by all in Camphill and most especially by his wife Gladys, who gave every care and love, particularly when needed most, and his adoring family and grandchildren.
"He built his little timber house by the Banks of the King's River..... a simple life... a simple man."

Patrick was born in the Boston area to an Irish-American family; attended (by achievement of a scholarship) the exclusive Exeter Academy in New Hampshire and then, also by academic achievement, to the equally prestigious Yale University.

While still a teenage student in the late 1960s and early ‘70s, he reported for national newspapers such as the New York Times and the Boston Globe, covering such seminal events as the Woodstock Music Festival and the trial of Black Panther Bobby Seale. Patrick seemed set for a life as an American East Coast intellectual, mixing with the “movers and shakers” of media, politics, academia and society, making a comfortable living, at least.

But he made another choice: in the early ‘70s he left America to travel in Europe. He met his wife Gladys in Scotland on his travels and they decided to devote their lives to care of people with disabilities. They resolved to come to Ireland in the late ‘70’s make it their home and help helped establish the remarkable Camphill Community in Ballytobin, Callan which as well as caring for people with disabilities, became a pioneering centre for sustainable living ideas, long before that was fashionable or mainstream. And that was only part of Patrick’s achievements.

Declan Rice said, in tribute to his friend: "Patrick was never ‘preachy’ on issues: he preferred to walk-the-walk and inspire by example - though he would be embarrassed to hear that said or thought. He was gentle, genuinely humble and intensely curious for new ideas and new way of doing things. He was a dynamic inspiration to all who worked with him."