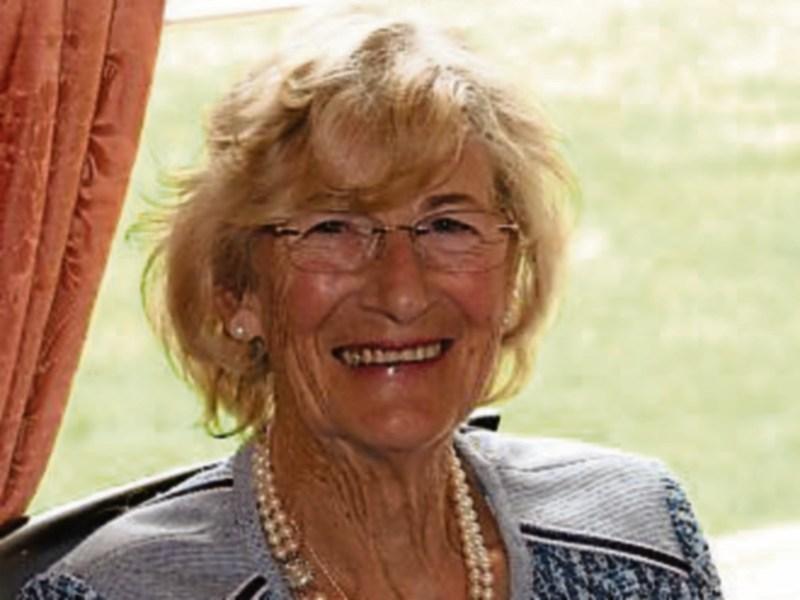 Mary Jo was born on June 12, 1937 to William and Kate O’Keeffe, the second youngest of five children, at their family farm in Kilcurl, Knocktopher, Co Kilkenny.

She entered nursing at the Mater Hospital in Dublin in 1955, graduating in 1959.

Her abilities, care, and empathy were quickly recognised and she was promoted to a senior nursing position within the hospital.

There she met her husband Sean who was also working at the Mater. They married in 1964and their first son was born in1965.

They moved from Dublin to Cashel in 1967, and purchased the family home in John Street shortly after their return. Here, in the home she was so proud of, they raised their five children Eoin, Caitriona, John, Aidan, and Maria.

Mary Jo was many things but firstly a homemaker, a loving wife and mother whose only thoughts every day were that of unconditional love and caring for her husband, children, family and lifelong friends.

A fantastic cook, fine eye, with great attention to detail, classy dresser and always a lady.

Mary Jo’s role in supporting Sean in the practice of medicine and politics was crucial and steadfast.

She was always there for her husband, children, and grandchildren, in sickness and in health.

Mary Jo had tremendous faith and attended Mass daily when she could .

Through this devotion to the church she became a staunch, assiduous, member of the St Joseph’s Young Priest Society helping to promote many members for the priesthood. She was also a devoted eucharistic minister for many years .

Her car made many journeys delivering meals on wheels over the early years and she was always available for helping those in need.

Mary Jo had a devotion to Padre Pio and St Teresa the Little Flower. She showed this in her annual Novena trips to Holycross, making sure to send Masses to all who knew her and petitions for those in need, along with her ritual of Five Roses at St Teresa’s statue in her beloved church on a regular basis.

Daffodil Day was hugely important to Mary Jo. She was passionate and worked tirelessly with her many great fellow founder members since its inception in Cashel in 1987.

She was awarded a lifetime achievement award by the Irish Cancer Society for her great work.

Bridge was the highlight of Mary Jo’s week which she played twice a week when she could.

She excelled at the game and was a longstanding member of the local bridge club. She lived for the challenge of the game, the sense of occasion and the wonderful company of her fellow players and friends.

Her close circle of friends, confidants and neighbours were hugely important to her always. She always took an interest and she treasured and valued the great sense of support and love that they shared.

She had to battle major health issues in her life, each more challenging than the previous, however she endured her pain and disabilities with great courage, grace, and dignity always whilst still worrying about others around her both within the family and outside rather than herself.

She has left a great legacy in her children and especially her grandchildren of whom she was so proud.

To her family and many others she was an unsung hero.