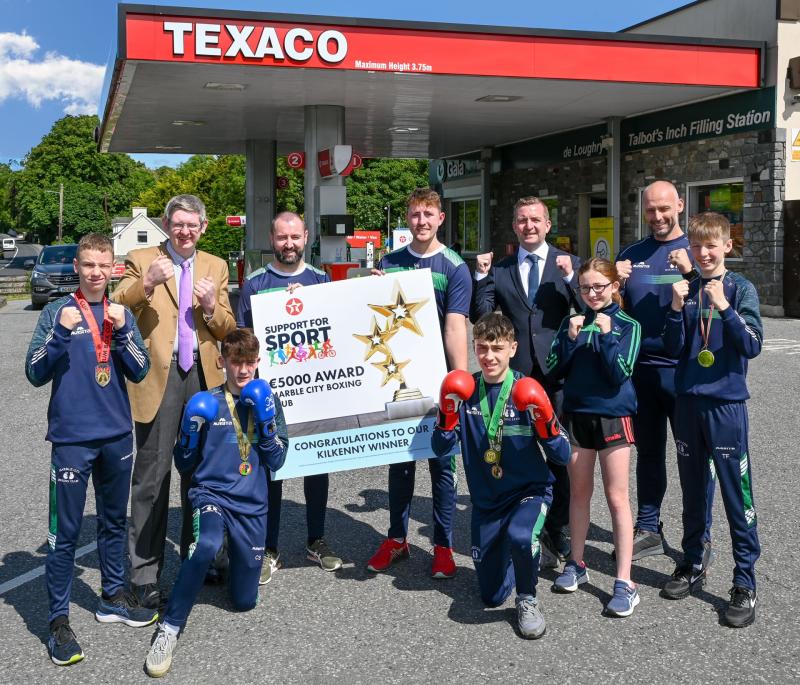 County winners in the recent Texaco Support for Sport initiative, Kilkenny’s Marble City Boxing Club has been presented with a cheque for €5,000 which will be used to enhance its facilities.

Based in Roachpond, Kilkenny, Marble City Boxing Club caters for individuals from all backgrounds, striving to foster an environment in which members can grow and channel their energies in a positive manner.

In 2019, the Club was awarded the ‘best boxing club in Leinster’ title, based on the amount of champions it produced in a single championship. 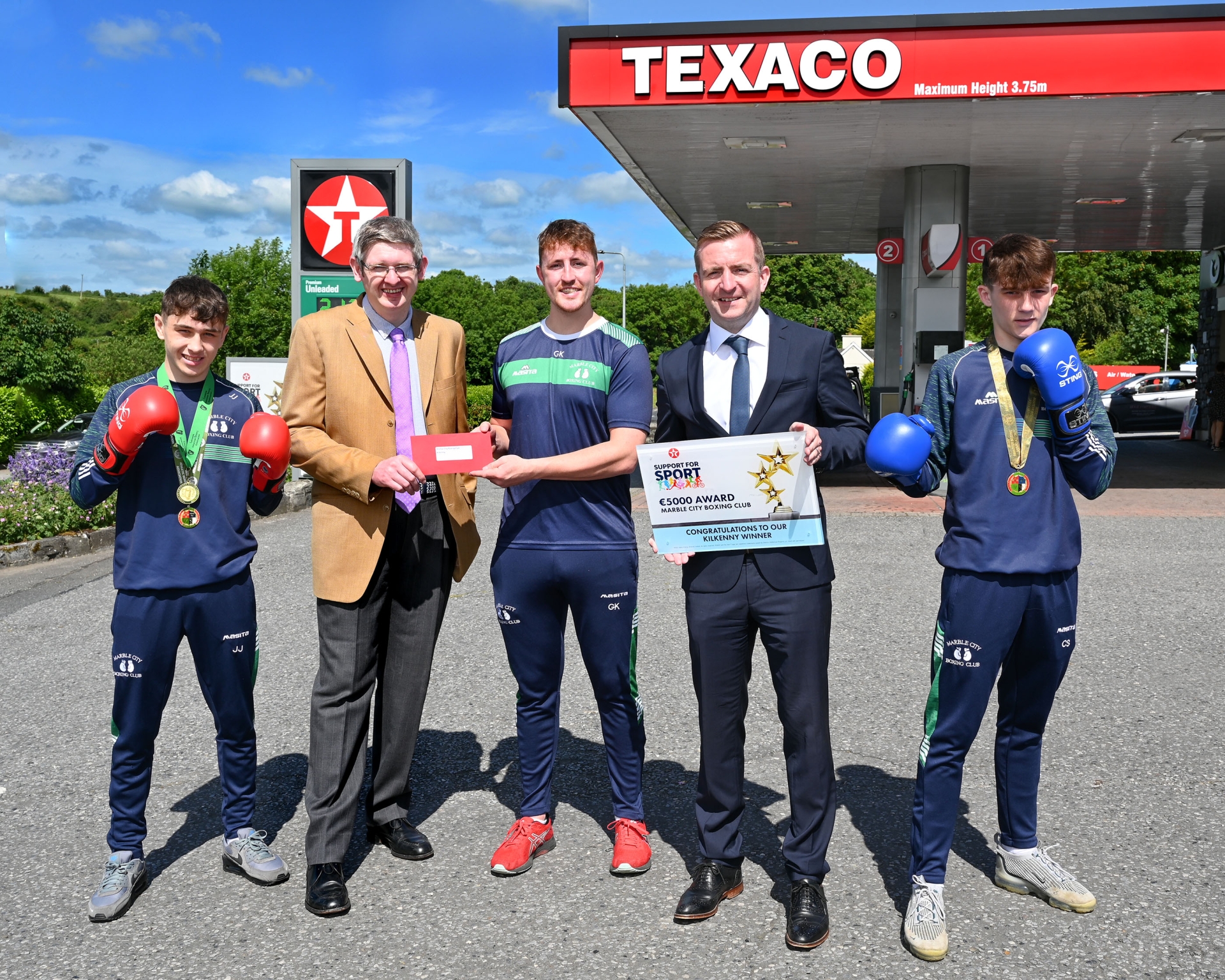 Under the scheme, the presentation was made to the Club by Valero Energy (Ireland) Limited, the company that markets fuel in Ireland under the Texaco brand.

Now in its second year, the Texaco Support for Sport initiative sees an annual fund of €130,000 set aside for allocation in equal amounts of €5,000 to successful applicants chosen on a county-by-county basis.

Entries to the Texaco Support for Sport 2023 initiative will open this Autumn.