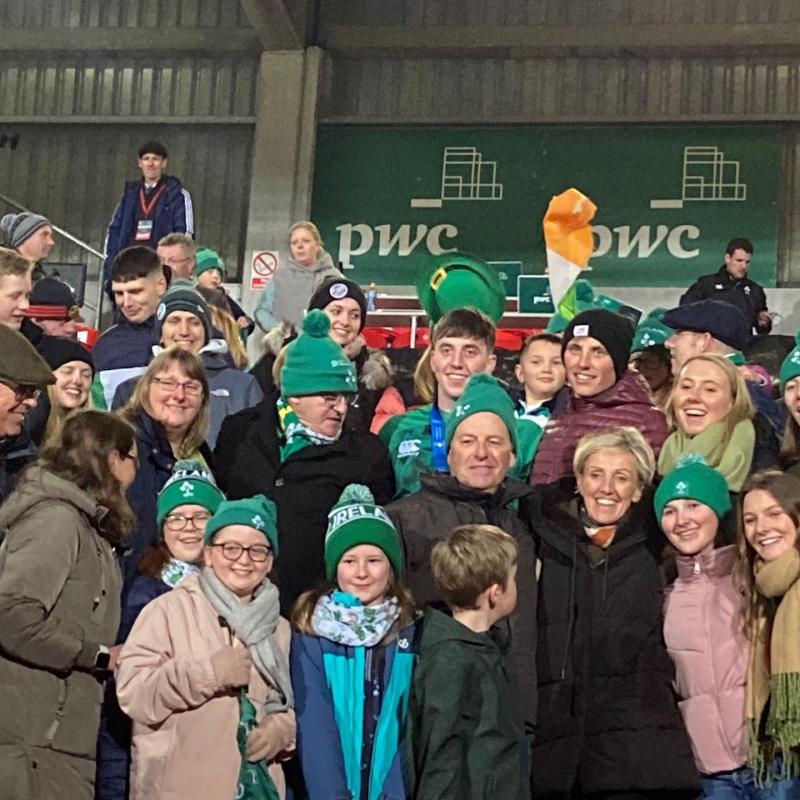 Tector pictured amongst supporters after winning the Grand Slam

Former Kilkenny College rugby player Charlie Tector has been hailed by his former school for his outstanding contribution to Ireland's successful U20 Grand Slam campaign.

Tector was an unphased presence at out-half throughout the tournament and contributed consistently both from open-play and when called upon at the kicking tee.

On the first game of the campaign, the Wexford starlet shone bright against Wales, putting in a performance that all but nailed down his starting spot.

The following week he kicked the winning conversion of a last minute try in an incredibly tense game to give Ireland a famous away win in France.

More fantastic performances followed, including a 'Player of the Match' performance in a high-scoring battle against England away from home.

Kilkenny College have since described Charlie as 'a talented player', evident from 'his first day in first year'.

More importantly, they stated, 'he was a hard working, dedicated and respectful young man'.

"We acknowledge all the work that Charlie, his coaches and indeed his team mates, teachers and boarding staff contributed during his time in Kilkenny College and we wish Charlie continued success in his future rugby career," they added.