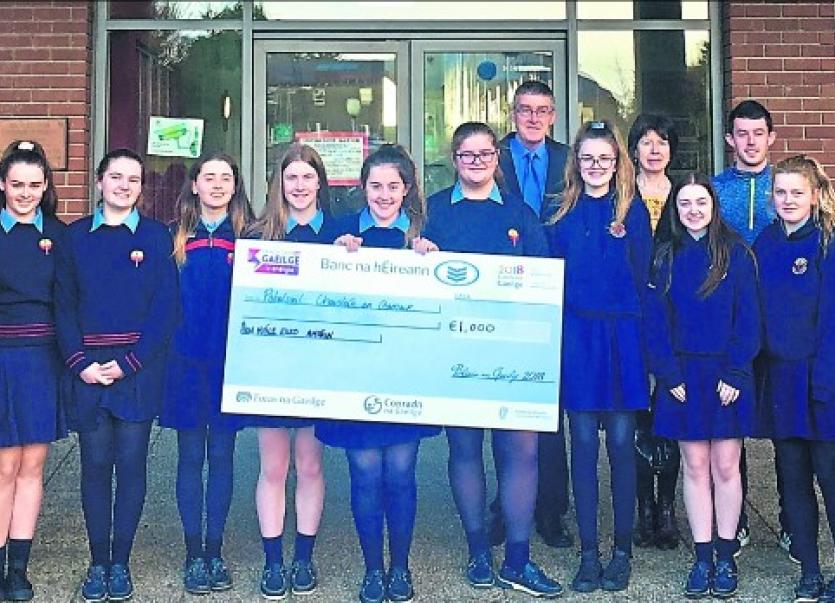 For their exceptional promotion of the Irish language in their school, the students of Castlecomer Community School have been named the Kilkenny winners of the Gaelfhisean Award.

The delighted Transition Year Gaelfhisean team and their Irish teachers were presented with the first prize cheque of €1,000 from Comradh na Gaeilge for their exceptional efforts to promote the Irish language in school.

Irish teacher Elaine Malone explained the students worked very hard on the project. They filmed, edited and produced a video about their school, even singing in the background.

Castlecomer community School also won its first Gaelbrathach Flag for promoting Irish in the 2017/18 school year and will be going for their second flag this year.

As part of the Gaelbrathach work the students are making a huge effort to promote Irish in the school - including announcements on the school intercom in Irish, organising games in Irish and even arranging Irish classes for parents, to help promote the Irish language in the Castlecomer community.