Evergreen to hit the TV screen! 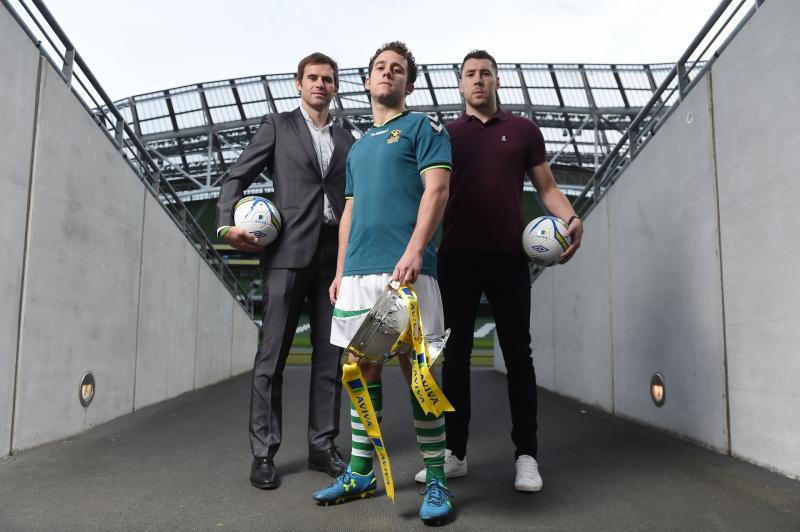 Football fans from all over Ireland will get the chance to watch Evergreen when the city club hit our television screens.

Packie Holden's side will be featured on TV after it was announced they will feature in the FAI Junior Cup highlights show.

Evergreen, the fourth favourites on this year’s #RoadToAviva, will have their home tie against Westmeath’s Willow Park on February 5 covered on the Aviva highlights package on eir Sport.

Other matches selected for television coverage for Round 7, the last 16 of the competition, includes two more of the four sides favoured to win this year’s FAI Junior Cup and take the trophy from current holders Sheriff YC.

Second favourites, and last season’s semi finalists, Janesboro, from Limerick, will make the trip to Meath to take on Navan Cosmos trying to secure a place in the last eight in front of the Aviva cameras.

At the same time in Limerick the television cameras will visit the home of third favourites, Ballynanty Rovers as they host Killarney Celtic.  The 2014 beaten finalists will be confident of securing a place in the quarter-final draw but Killarney have already taken some notable scalps including Clare kingpins Newmarket Celtic in the last round.

The final match to be covered in the last 16 will be Tipperary’s Peake Villa who host Dublin side Crumlin United.  The young Villa side will be hoping to progress to the last eight as the last Tipperary side left in the competition with so many sides from the Premier County contesting big games in FAI Junior Cup in recent years, including 2014 winners St Michael’s.

Aviva’s FAI Junior Cup highlights show will be broadcast on eir Sport on Sunday, February 12 at 1.30pm and again at 10pm.

Sixteen sides are left in the race for Ireland's top junior football prize. Among the teams hoping to go all the way are Carrick United, who are coached by John Maclean, who led Evergreen to the Premier Division title a few seasons ago.

The full draw for the seventh round of the FAI Junior Cup is:

All games will be played the weekend of February 4/5.