Graig side are back in Premier Division; Fort Rangers secure Shield final berth 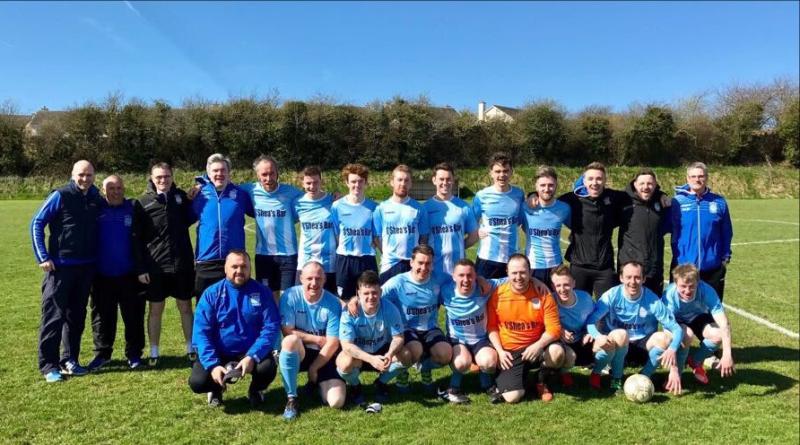 Highview Athletic celebrate winning promotion back to the Premier Division after a 15-year absence.

Sunday proved to be a momentous day for Highview Athletic, who celebrated a return to the top flight of the Kilkenny & District League.

The Graignamanagh side ended a 15-year absence from the Premier Division when they secured promotion with a 3-0 win over the Lions A team at Harristown.

Mitch Maher sent Highview on their way, hitting the net inside five minutes, before Murty Broaders doubled their lead 17 minutes later. Broaders wasn’t finished, netting his second five minutes from half-time to all but seal the win and promotion.

Highview have been a revelation in this season, going unbeaten in their 11 league games to date (eight wins, three draws). The destination of the title is still up for grabs - they’re in a fight with Deen Celtic A for the silverware - but one thing is for certain; both sides will be joined by Clover United in the Premier Division next season.

There was one game in the Premier Division. Evergreen B made their trip to Callan a worthwhile one, picking up all three points with a 3-2 win over Callan United A. Goals from Eoghan Connolly, Mark Owens and Ciaran Snype helped Gary Owens’ side earn their first league win since the opening day defeat of Freebooters B back in August.

There were two games in Division Two, where Callan United B eased their relegation woes with a 1-0 win away to St Ann’s. Nicky Roche scored the goal that saw Callan avoid finishing in the bottom two spots in the table, berths which have now been filled by St Ann’s and St John’s, who were beaten 3-0 by Paulstown 06.

Evergreen 46 and Bridge United booked their places in the next round of the McCalmont Cup, along with two more teams. Freebooters B and Evergreen C made it a good day for city sides when they advanced.

Andy Walsh and Shane Kelly were on target for the Blues in their 2-0 win over River Rangers on the Fair Green. Evergreen C got the better of a city derby with Ormonde Villa at Garringreen. The Division Two champions beat the team promoted from Division Three thanks to a Cormac Hogan brace and further goals from Gerry Walsh, Donal Brennan and Brian Dowling.

Fort Rangers made a little club history when they booked their first-ever appearance in the Maher Shield final on Sunday.
Jim Nugent’s side have been on a real roll in 2017 and bounced back from a McCalmont Cup loss to Deen Celtic A by stunning Thomastown United in the semi-final. Rangers tore into last year’s beaten finalists, taking the lead inside 10 minutes thanks to Eddie Nugent.

Nugent was on song on Sunday, doubling his and Fort’s lead with a stunning 20th minute free-kick. The hosts had two further goals chalked off for offside in a sparkling opening 45 minutes, during which time Thomastown spurned great chances to get back into the game.

United shook themselves into life after the restart, pulling a goal back through Marty Lawrence late on, but it wasn’t enough to deny Rangers their day in the sun.

Rangers now await the winner of the Deen Celtic and Evergreen A semi-final, which will be played this weekend. Evergreen booked their place in the semi-final with a 1-0 win over Freebooters A on Sunday morning. In what proved to be a feisty affair on the Fair Green - both sides finished with 10 men after Lee Delaney and Niall McEvoy were given their marching orders, Conor English’s 35th minute strike sealed the 1-0 win for Packie Holden’s side.