Evergreen A 3, Thomastown United A 2 (AET) 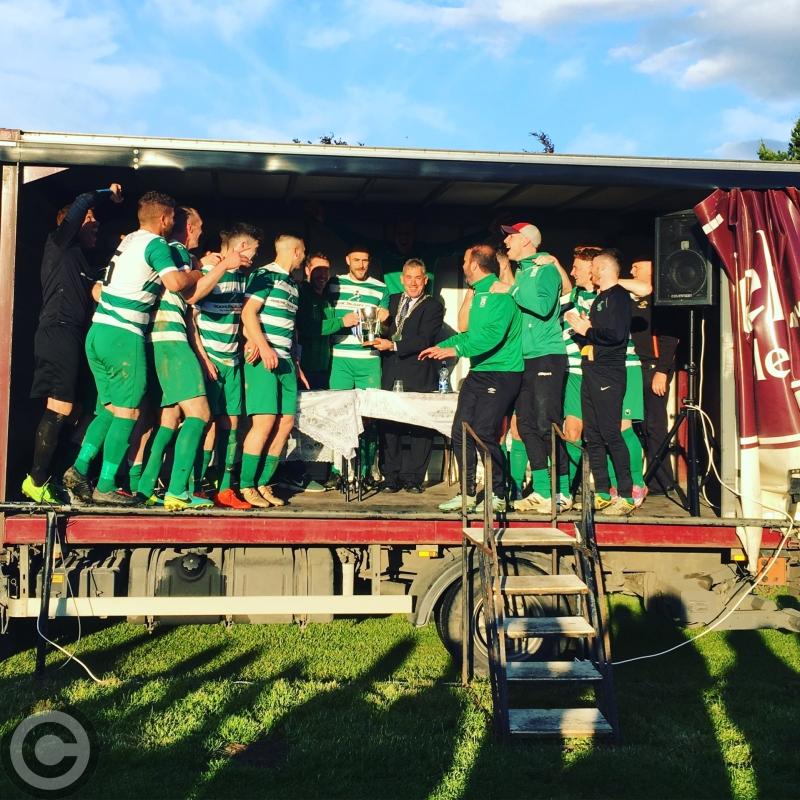 A brace of Sean Barcoe goals saw Evergreen A rise to McCalmont Cup glory.
The striker struck in extra-time as the city side dethroned champions Thomastown United in a 110-minute battle at Derdimus.
The champions made a fine start, taking the lead on 19 minutes thanks to a fine Mick O'Neill finish. They held the lead until 60 seconds into the second half, when Barcoe forced home the equaliser following a Chris Whearty corner.
The city side were firing on all cylinders at this stage and went 2-1 up when Jamie Owens curled a header inside the far post. However, their victory hopes took a knock when United sub Rory Monks made it 2-2 with a superb individual goal nine minutes from time.
Both sides went for the winner in extra-time, but it was Evergreen who found it. Barcoe sent the Cup to the Kells Road with his 93rd minute finish, sealing the Cup to go with their Maher Shield title.