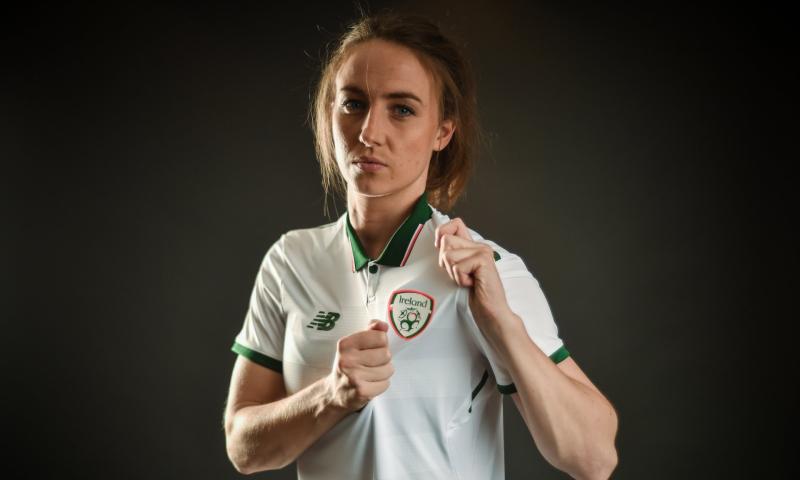 The 27-year old has called time on her international career following the conclusion of the FIFA 2019 World Cup qualifying campaign.

The Piltown native was an integral part of Colin Bell's squad having played in all but one qualifying game during the campaign and was named WNT Player of the Year in 2016. Duggan will continue to play for Peamount United in the Women's National League where she recently won the League Cup, beating Wexford Youths in the final.

Duggan, who won 35 caps for her country, made her senior international debut against South Africa at the Cyprus Cup in 2013. She also balanced her international career with her career, working as a Business Performance Analyst with Accenture.

“It's with great sadness and joy that I'm announcing my retirement from international football,” she said. “I've had a wonderful time playing for my country and I've made some fantastic memories which I'll remember fondly," Duggan said.

“Unfortunately, with the next major championships three years away, I don't feel like I can give 100% for that length of time.

“That opens up the opportunity to one of the younger generation coming through who will be able to progress and help Ireland qualify for their first major championships.

"Of course, I'll still continue playing with Peamount United in the Women's National League and I'd like to thank Colin Bell and the staff, as well as former manager Sue Ronan, for giving me the opportunity to represent my country.

“Also, I'd like to thank all of my former team-mates, I've made some great friends for life and I wish them all the best in the future.

“Finally, I'd like to thank my family and friends for their constant support over the course of my international career. They've travelled and supported me at a number of matches over the years and it has meant everything to me.”

”Karen has been a fantastic player for me during my time as Head Coach and I'm sad to hear she's retired,” he said.

“She has played in almost every match I've managed and she has been a crucial part of the performance culture we've tried to bring in.

"Karen's commitment to the national team has been fantastic. I'd like to thank her for her performances on the pitch but also her professional nature and character off it. Karen has been fantastic to work with and I wish her the very best for the future.”