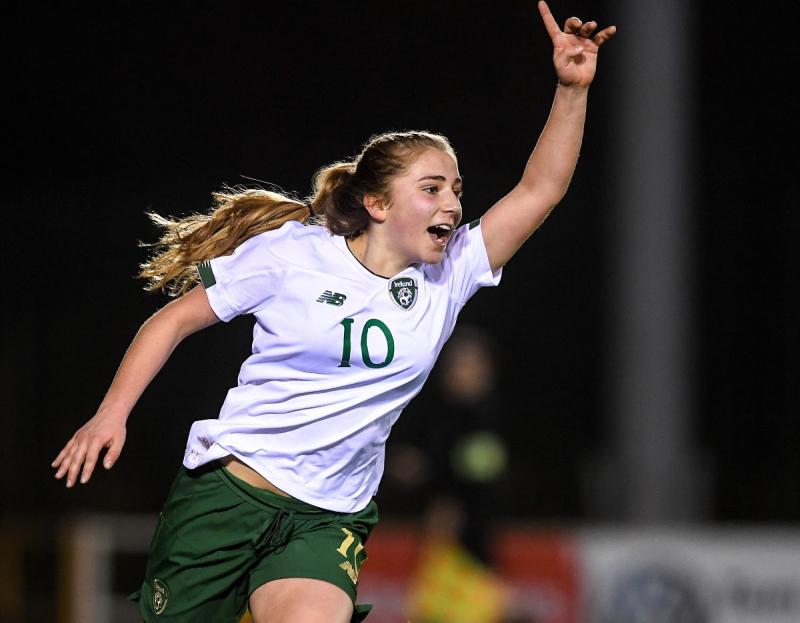 Ellen Molloy could become the latest Kilkenny soccer star to earn a senior cap for the Republic of Ireland.

The Inistioge native, who exploded onto the national scene with a scoring start to this season's league season with Wexford Youths, has been called up to Vera Pauw's senior squad for a crunch clash with Germany.

It is a first call-up for Molloy, who was promoted from the Women’s Under-17s following a number of stand-out performances for James Scott’s team as well as an impressive breakthrough at club level with Wexford Youths.

The quest to qualify for the UEFA Women’s EURO 2021 continues for the Republic of Ireland when they take on Germany on September 19.

Vera Pauw’s team are unbeaten thus far in the qualifying campaign, which recommences following a postponement of games on the back of the COVID-19 pandemic outbreak.

Ireland lead Group 1 on 13 points after five games played but Germany are just a single point behind with a game in hand ahead of the first of two meetings between the teams.

Pauw, who recently renewed terms with the FAI, is excited to resume the qualifying campaign with a trip to Germany.

“It is great to be back preparing for international games again and to continue our goal of qualifying for the European Championships. We will travel to Germany knowing that we will face a difficult opponent, but that is part of competing at this level,” said Pauw.

“Germany are one of the best teams in world football and we’ve seen their club teams, particularly Wolfsburg, perform so well in the UEFA Women’s Champions League of late. So we know what to expect and we have to be ready to play our best game.

“With our players possibly coming from nine different countries, we remain mindful of the protocols in place to deal with COVID-19 and it’s important that we adhere to all medical advice around this game. This pandemic is not yet over and we must work together to fight it.”

For this squad, there are first call-ups for midfielders Alli Murphy and Ellen Molloy, while Isibeal Atkinson is rewarded for her excellent start to the Women’s National League season with Shelbourne.

US-born Murphy, who qualifies through her grandparents, recently joined London City Lionesses and receives a first selection for any Ireland squad.

The Ireland squad, which will be cut down to 23 players, will meet in Germany on Monday, September 14 to begin preparations for the game in Essen.

After the Germany game, Ireland will have two more group fixtures to complete with Ukraine away on October 23 and Germany at home on December 1.

The nine group winners and the three best runners-up (not counting results against the sixth-placed team) qualify directly for the final tournament, while the remaining six runners-up advance to the play-offs.